Four Saab AB Gripen E single-seat combat aircraft that will serve as test aircraft have entered final assembly, according to a company official.

Mikael Franzén, head of Saab’s Gripen Brazil business unit, said on 3 April at the 2019 LAAD Defence and Security exposition that of these four Gripen Es, one is for Brazil while the other three are for Sweden. Franzén said the first test aircraft for Brazil will fly later this year while the other three aircraft will serve as validation and verification aircraft for Sweden’s Gripen E programme. Overall, Franzén said three Gripen Es, aircraft 8, 9, and 10, will fly in 2019. 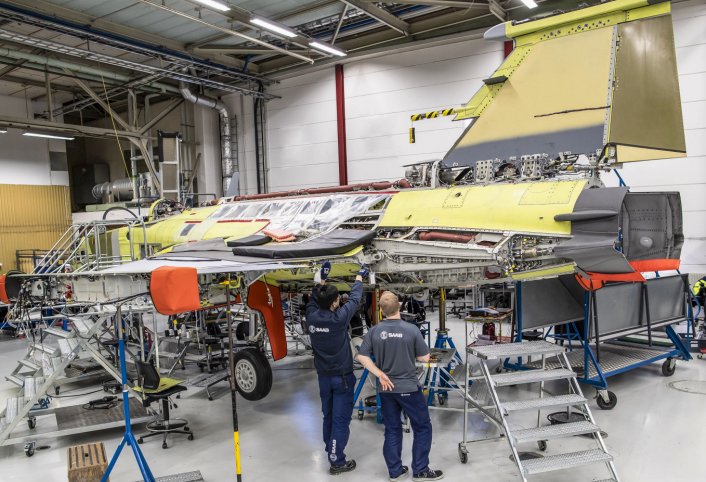 Saab has also started testing the Gripen E’s radar and sensor suite, which includes the infrared search-and-track (IRST) sensor, the electronic warfare (EW), and the decision support systems. Other ongoing tests, he said, include aircraft’s top speed and altitude.

Brazil is buying 36 Gripen aircraft from Saab – 28 Gripen Es and 8 Gripen F two-seat aircraft. Brazil is the first customer of the Gripen F, which will not start production until 2020.

Saab last week installed the General Electric F414G-39E engine into the first Brazilian Gripen E. Franzén said Saab is very close to finishing engine installation and that the aircraft will be ready to fly once the company checks out all the safety systems.

This article, first published 4 April 2019, is subject to a correction and has been amended, as well as new information added.

Taiwan is conducting research to indigenously develop a next-generation fighter aircraft for the Rep...