While the company did not reveal accompanying information for the displays, one of these had earlier been revealed at the previous year's event alongside Kronshtadt Group's Grom strike-capable UAV with its in-development name of ‘Product 85'. 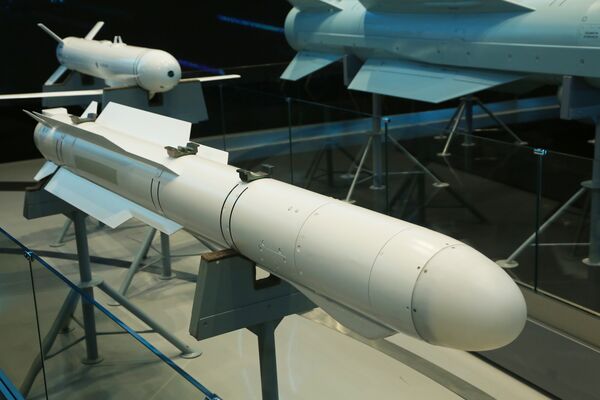 According to specifications released at the time, the Product 85 munition is understood to be an air-to-ground missile armed with a 30 kg armour-piercing, high-explosive fragmentation warhead. The missile is 2,400 mm long and 200 mm in diameter (with its stabilising fins increasing overall width to 400 mm), and has an all-up weight of 120 kg.

The missile is guided and employs an inertial navigational system during the boost and midcourse flight phases, with course correction enabled via satellite-navigation. An active seeker is used for terminal guidance.

KTRV also showcased its new Kh-50E-001 powered cruise missile. No information was provided about the weapon, although it features a trapezoidal wing that unfolds after launch.

“[We are] creating small munitions of 50–100 kg for the rapidly developing [UAV] market,” he added.