A 4 September White House agreement between Kosovo and Serbia may improve political dialogue and economic co-operation, but has also attracted criticism for perceived concessions and an overly broad focus that includes Middle East affairs and Chinese 5G technology. The road to the agreement began in October 2019, when US President Donald Trump assigned then-Ambassador to Germany Richard Grenell as Presidential Envoy for Serbia and Kosovo Peace Negotiations.

Diplomatic progress on a new agreement was made in January and February 2020 and a signing was scheduled for 27 June. However, this was delayed following the Hague Tribunal’s unexpected announcement that Hashim Thaçi, Kosovan incumbent president and leader of the Kosovo Liberation Army (KLA) during the 1998–99 war with Serbia, could be indicted for war crimes. Nevertheless, despite a brief flare-up in political tensions, no further action against Thaçi was subsequently taken.

On 4 September, Kosovan Prime Minister Avdullah Hoti and Serbian President Aleksandar Vučić finally met at the White House in Washington DC and signed the Kosovo and Serbia economic normalisation agreements in the presence of US President Donald Trump. The deal built off the normalisation of relations begun by the EU’s so-called Berlin Process, but also addressed US regional security interests and relations with Israel. 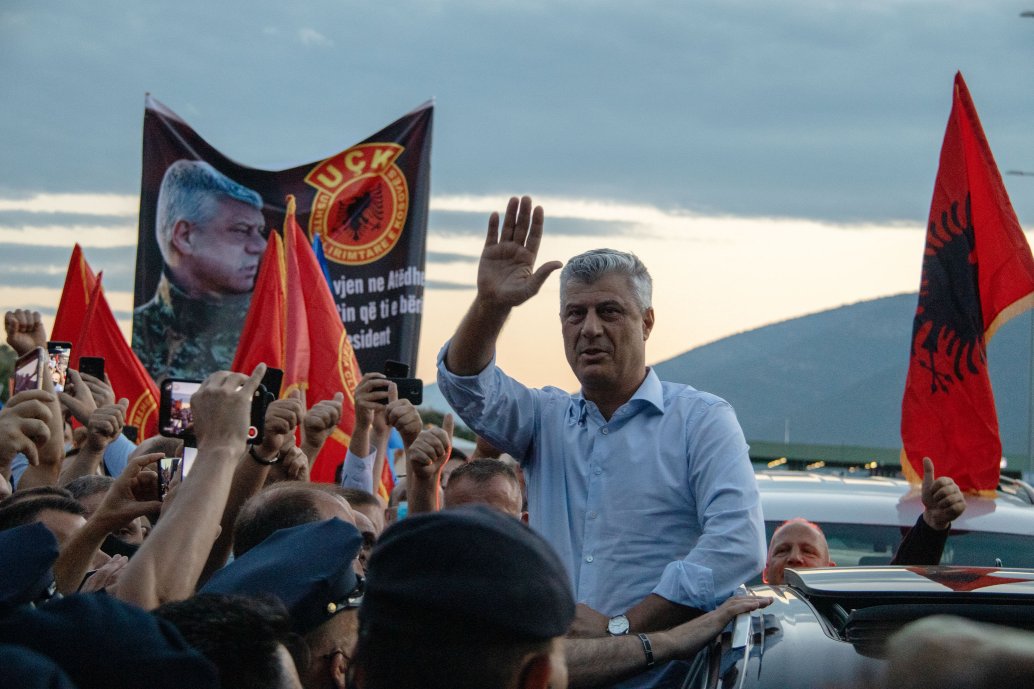 On 17 July 2020, Kosovans in Vërmicë welcome home Kosovan President Hashim Thaçi after his return from The Hague where he was questioned by the Specialist Prosecutor’s Office for Kosovo for four days. An indictment against Thaçi for crimes against humanity and war crimes during Kosovo’s 1998-99 war with Serbia remains pending. (Eren Beksac/Anadolu Agency via Getty Images)