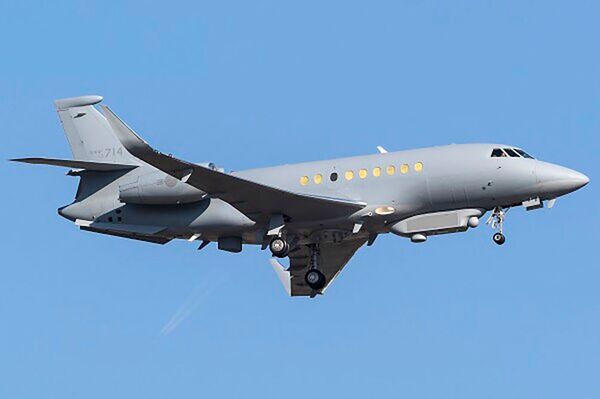 The company announced its intent on 1 July, noting that its previous experience in delivering the first Baekdu project that comprised two Dassault Falcon 2000S-based platforms for the Republic of Korea Air Force (RoKAF) would stand it in good stead to also deliver this second platform.

“During the first project [that ran from 2011 to 2018], Korean Air carried out key tasks, such as aircraft modification, integrated logistics support, airworthiness certification, and test flights,” the company noted. “Using the technology and expertise acquired through creating the first new Baekdu aircraft with L-3 […] Korean Air succeeded in building the second aircraft by itself.”

Korean Air is currently the only company to publicly declare its intent to bid for the programme, with the South Korean government having solicited bids on 30 June.

With two Dassault Falcon 2000S-based Baekdu now operational, the RoKAF is looking to replace its four older Hawker 800SIG Peace Pioneer (also sometimes referred to as Baekdu) aircraft with a second Baekdu project of four aircraft that will be developed from 2022 to 2026 at a cost of approximately KRW870 billion (USD770 million). Korean Air said that it has already signed an aircraft purchase agreement with Dassault Aviation to speed up preparations for the project, suggesting that the second Baekdu project will be based on the same Falcon 2000S host platform as the first.

Korean Air is to bid to be prime contractor for the Defense Acquisition Program Administration's (DA...