Korean Air announced on 20 July that it recently began conducting research on the feasibility of using modified large commercial aircraft for air-launching space rockets and orbital vehicles as part of a joint project with Seoul National University that was commissioned by the Republic of Korea Air Force (RoKAF).

More specifically, the South Korean airline said in a statement that it will “analyse the Boeing 747-400's current technology capability, major technology to be applied, annual operating costs, and necessary aircraft modification for air-launching”, adding that the development and operation of such a system has now become possible following the termination in late May of the US-South Korean ‘Revised Missile Guidelines' agreement, which had limited the range of South Korean missiles to 800 km.

The company described the research project as “especially meaningful”, noting that, because air-launched vehicles/rockets can be launched in various directions and along different routes, this “will help [South] Korea to overcome its geographical limitations”. The northeast Asian country can currently only launch satellites southward from the Naro Space Center in South Jeolla Province's Goheung County. 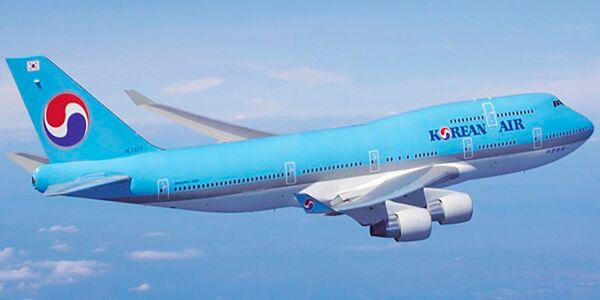 A Boeing 747-400 operated by Korean Air. The airline announced on 20 July that it has begun researching the feasibility of using large commercial aircraft for air-launching space rockets and orbital vehicles. (Korean Air)

While the military, government, and companies scramble to announce plans to deploy small satellite constellations in the ‘new space age', an environment to launch small satellites in South Korea “has not been established yet”, noted Korean Air. Therefore, “it is inevitable to use overseas projectiles, which take more than two years on average from the signing of the contract to the actual launch. This is the reason why the development of air-launching capabilities must be prioritised,” it added.

Korean Air announced on 20 July that it recently began conducting research on the feasibility of usi...