Scott Burk, Kongsberg Defence’s vice-president for business development and government relations for US land systems, told Janes that the decision only became official in May. Previously, the army selected the company to outfit its RCV-Light (RCV-L) prototypes with the Common Remotely Operated Weapon Station– Javelin (CROWS-J) and now with both contracts, Burk anticipates that it will create a common architecture.

The army envisions fielding three RCV classes – a light, medium, and heavy – with the objective of validating manned/unmanned teaming (MUM-T) by exploring the current state of the technology, as well as increasing formation effectiveness. Earlier this year, the service proceeded with the two smaller vehicle classes, and selected QinetiQ North America to build four RCV-L prototypes and Textron to build four RCV-M prototypes. 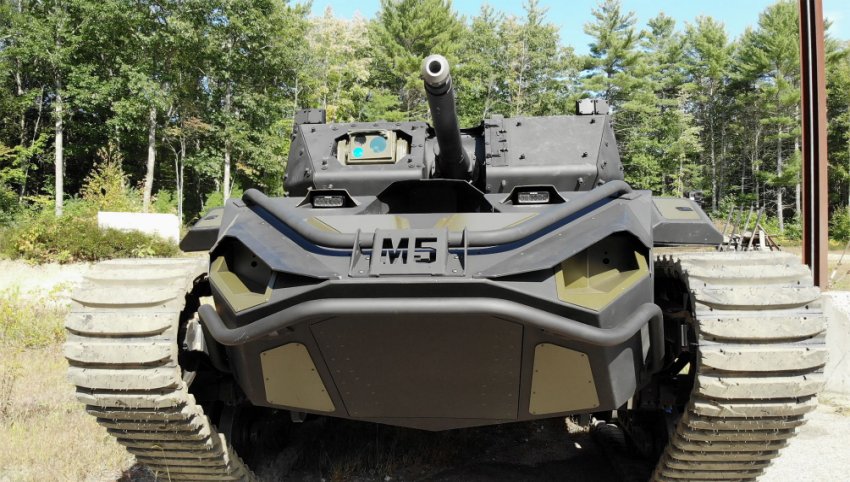 The Ripsaw M5 is pictured here with the MCT-30. Previously, the US Army had selected the vehicle to be the RCV-M prototype and has now decided that the MCT-30 will also be used. (Textron)

QinetiQ is partnered with Pratt & Miller on the RCV-L offering that it deems a variant of the Expeditionary Modular Autonomous Vehicle (EMAV).

The US Army has announced that Kongsberg Defence & Aerospace will outfit the service’s Robotic Comba...

US Marine Corps (USMC) leaders are moving on with plans to field a new ground-based air-defence syst...