Krauss-Maffei Wegmann (KMW) has developed an internally funded mission module for the ARTEC Boxer 8×8 Multi-Role Armoured Vehicle (MRAV), which can rapidly launch and recover a Leguan 14 m or a Leguan-compatible 22 m bridge over wet and dry gaps.

The baseline Leguan bridge has been built in large numbers and can be launched from a variety of platforms, including the Leopard 1 or Leopard 2 main battle tanks (MBTs) as well as other tracked and wheeled platforms.

According to KMW, by mid-2020 total sales of the Leguan bridge system amounted to 244 tracked systems, 45 wheeled, 483 bridges, and seven ferry and floating kits. 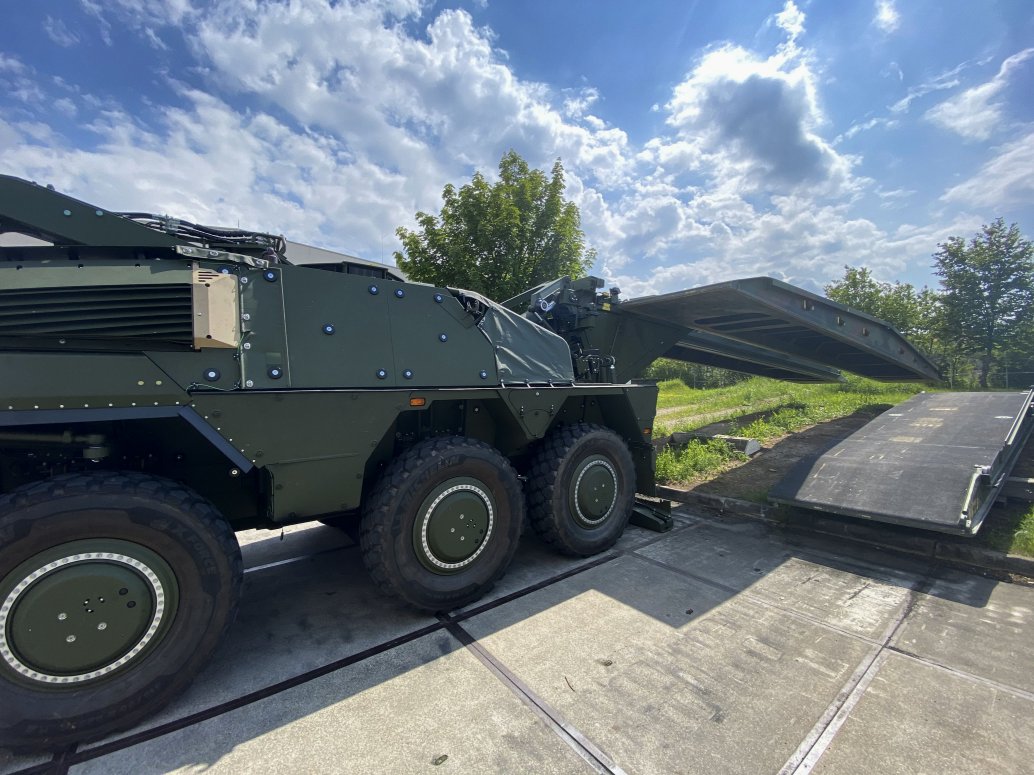 A Boxer fitted with rear mission module launching a Leguan 14 m bridge to Military Load Class 80 over the rear of the platform. (Krauss-Maffei Wegmann)

The Leguan mission module has the same level of ballistic protection as the standard APC version, with the bridge being launched hydraulically over the rear of the vehicle using front and rear cantilever arms. It can function in day and night.

In this role, Boxer can transport and launch a one-piece 14 m Leguan bridge that can span up to a 13 m gap and handle military load class (MLC) 80, or MLC 100.

The UK’s NP Aerospace has been awarded a GBP3 million (USD3.9 million) contract to demonstrate hybri...