Matthew Croce, Kitty Hawk director of product development, told Janes on 27 June that the company did not perform flights with a person or dummy onboard the Heaviside. This is because the USAF elected to only do static load training to practise loading isolated military personnel into the aircraft. This included loading a full-weight dummy to simulate an unconscious person. 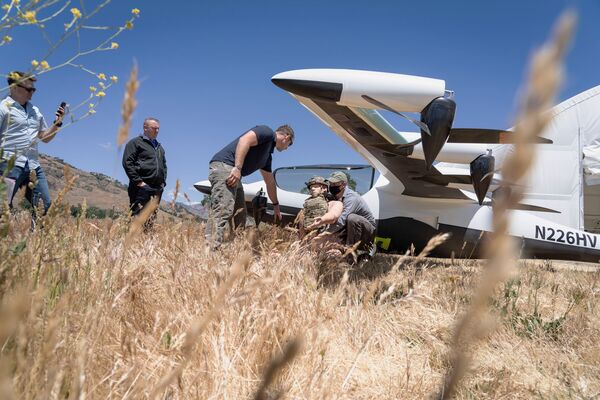 The static load training also included USAF personnel loading themselves into the Heaviside, simulating injuries such as a broken leg or an injured arm. Croce said Kitty Hawk demonstrated the ground handling of the aircraft to show how a very small team could position the Heaviside for take-off.

The Heaviside is a fully electric, forward-swept wing, eight-rotor, fixed-wing aircraft capable of automated and remote flight. Kitty Hawk flies the Heaviside almost every day in both remote flying and autonomous modes.