KF-X fighter prototype to be rolled out in first half of 2021, DAPA confirms

Korea Aerospace Industries (KAI) is expected to complete construction of the first KF-X fighter aircraft prototype by the first half of 2021 and conduct the first test flight of the platform a year later, South Korea’s Defence Acquisition Programme Administration (DAPA) confirmed in a 26 September statement. 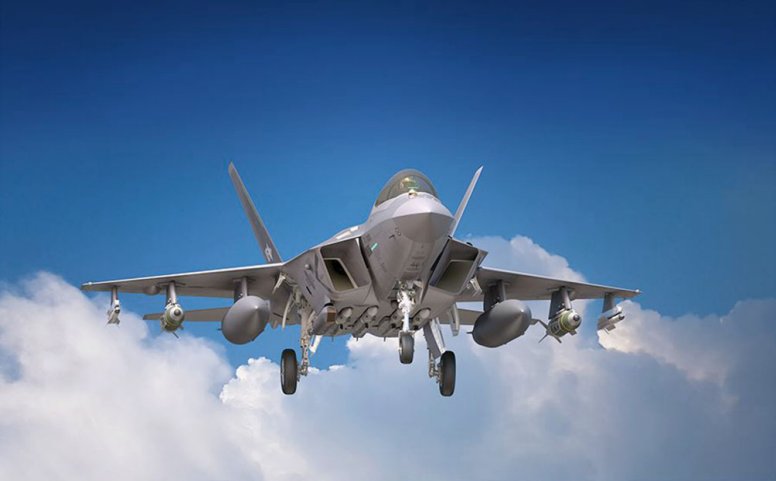 An artist impression of the KF-X fighter aircraft. DAPA announced on 26 September that the critical design phase of the aircraft has been completed. (DAPA)

Development of the single-seat, twin-engined, multirole aircraft began in January 2016, with the preliminary design of the KF-X being finalised in June 2018. Production work on the first prototype began in February 2018, with KAI announcing at the time that it had started manufacturing the aircraft’s bulk head.

As Jane’s reported, the KF-X development programme envisages the production of six prototypes, followed by four years of trials and the completion of development by mid-2026. Serial production of the aircraft will take place during 2026–32, with an initial 120 units intended to replace the Republic of Korea Air Force’s (RoKAF’s) ageing fleets of F-4E Phantom and F-5E Tiger II aircraft.

Total production is expected to exceed 350 units, including a quota for exports.

Indonesia is currently renegotiating its involvement in the programme, although Jakarta remains committed to honouring its payment obligations set out under a 2015 financial agreement.

The Japan Ministry of Defense (MoD) has proposed to members of the country’s National Diet (parliame...

Taiwan’s Aerospace Industrial Development Corporation (AIDC) conducted on 10 June the first flight o...
Thank you for your inquiry, a Janes representative will be in contact with you shortly.