An influential US lawmaker wants an engine competition for the US Air Force (USAF) Lockheed Martin F-35A Lightning II Joint Strike Fighter (JSF), and has proposed allowing extra money to be spent on an advanced propulsion system effort to make it happen. 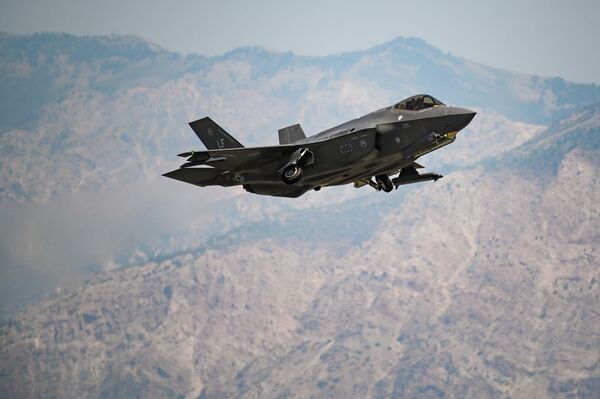 An F-35A assigned to the 63rd Fighter Squadron from Luke Air Force Base in Arizona takes off on 25 August 2021. An important US lawmaker wants an engine competition for the F-35A, and is proposing allowing increased investment in an advanced engine programme to help it happen. (US Air Force)

The engines being developed and produced under AETP are designed for the USAF's Next Generation Air Dominance (NGAD) effort but are baselined to fit into the F-35A's engine bay. The USAF has requested about USD14 million in FY 2022 for AETP.

“We have the ability to push engine competition, and we are going to do that,” Smith said during a Brookings Institution think-tank event.

Congress has begun considering US armed services authorisation legislation for FY 2022. Smith wants the Department of Defense (DoD) to submit an acquisition strategy for the continued development, integration, and operational fielding of the AETP propulsion system into the fleet of the F-35As starting in FY 2027.

An influential US lawmaker wants an engine competition for the US Air Force (USAF) Lockheed Martin F...