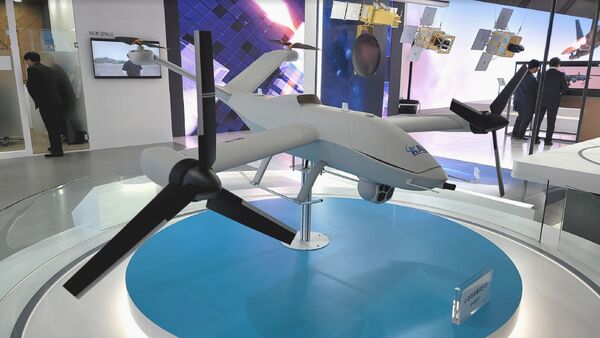 KAI exhibited a model of a tiltrotor reconnaissance UAV known as the Night Intruder 500 Vectored Thrust (NI-500VT), which has a maximum take-off weight of 450 kg and is 4 m long and 4.3 m wide. According to the company, the air vehicle features a hybrid-electric propulsion system that enables it to carry a 40 kg payload and stay aloft for up to five hours. A KAI official told Janes that the wing can be disassembled for road transportation.

Meanwhile, KAL introduced the KUS-VS, a fixed-wing UAV that is an upgraded version of the incumbent KUS-FT in RoKA service. However, the KUS-VS features new vertical lift units on the wings to enable VTOL manoeuvres, and transitions into conventional level flight with its rear-mounted pusher propeller once cruising altitude has been attained.

The stated maximum speed of the KUS-VS is over 160 km/h although the air vehicle usually cruises at speeds of around 120 km/h at altitudes of more than 14,763 ft (4,500 m). Endurance is claimed to be in excess of five hours, depending on its payload, out to an operational radius of 80 km.