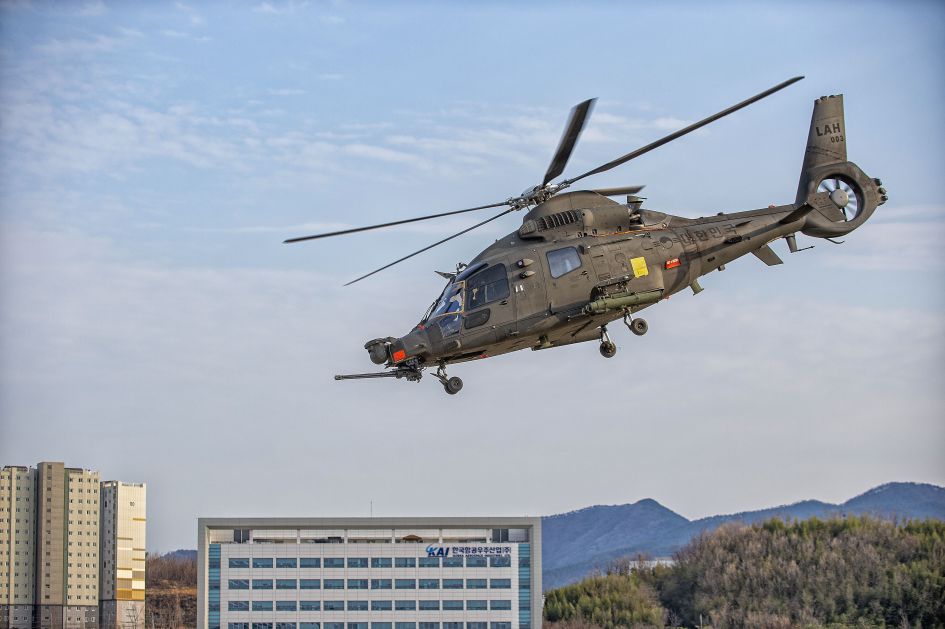 DAPA has revealed that KAI is aiming to provide the LAH, which is being developed for the RoKA, with a MUM-T capability. (KAI)

The MUM-T system would link the LAH, development of which is due to be completed by late 2022, with a host of indigenously designed unmanned aerial vehicles (UAVs), reported the Yonhap News Agency on 1 March, adding that the LAH already has the capability to receive data from a UAV via a ground control station.

DAPA official Lee Bo-hyung was quoted by Yonhap as saying on 24 February that KAI plans to start conducting MUM-T tests with the LAH within the next two years as part of a first stage of trials. Under a second stage, which would possibly be completed within five years, KAI would equip the helicopter with a canister-launched UAV.

No details were provided about the development budget or the exact type of UAVs set to be teamed with the helicopter.

The LAH, which is being developed for the Republic of Korea Army (RoKA) to replace the service’s AH-1F and 500MD/Tow Defender helicopters, was provisionally declared “fit for combat” by DAPA in December 2020.

KAI announced at the time that DAPA’s assessment, which came five years and six months after the launch of the LAH project, “laid the foundation” for series production of the helicopter, three prototypes of which have been built.

The LAH, was first rolled out in December 2018 and made its first flight in July of the following year at KAI’s facility in Sacheon.

Korea Aerospace Industries (KAI) is aiming to provide its Light Armed Helicopter (LAH) with a manned...