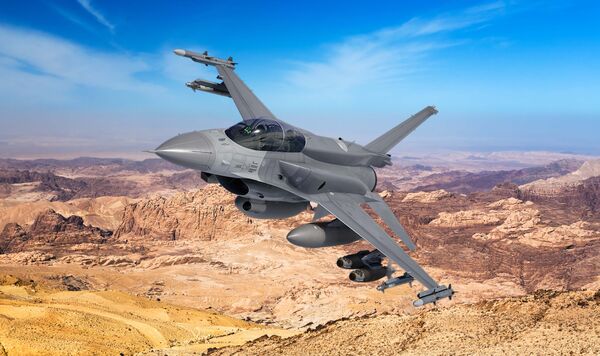 Having been approved for 16 F-16 Block 70s earlier in 2022, Jordan has now signed an LOA for eight. It is likely that these are a first batch, with another eight to follow. (Lockheed Martin)

Jordan is to join the international F-16 Block 70/72 programme, with manufacturer Lockheed Martin announcing on 16 June that the country has signed a letter of acceptance (LOA) for the aircraft.

According to the announcement, the Royal Jordanian Air Force (RJAF) is to receive eight Block 70 aircraft (powered by the General Electric F100-GE-129D engine rather than the Pratt & Whitney F100-PW229EEP engine of the Block 72) to be built at Greenville in South Carolina.

No details pertaining to contract values or delivery timelines were disclosed.

The signing of the LOA came about four-and-a-half months after the US Department of State approved the sale of 12 single-seat F-16C Block 70 and four twin-seat F-16D Block 70 aircraft to Jordan. It is likely that the eight announced in the current LOA are a first batch, with eight more to follow at a later date.

The F-16 is the core of Jordan's combat aviation capabilities, having received its first second-hand aircraft from the United States in 1997. As noted by Janes World Air Forces

Jordan is to join the international F-16 Block 70/72 programme, with manufacturer Lockheed Martin an...