A JGSDF spokesperson told Janes on 2 July that the unit, which is expected to come under the command of the JGSDF’s Western Army, would comprise about 80 personnel.

One of the main tasks of the unit will be to detect and identify enemy naval and airborne communication and radar emissions. According to the spokesperson, the unit will then use this information to jam the enemy's radar and missile seekers, while protecting the JGSDF's own communication links. 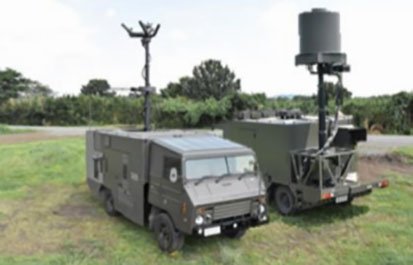 The new EW unit that the JGSDF plans to establish at Camp Kengun in 2021 will most likely also use the recently developed truck-mounted NEWS system (seen here). (Japanese MoD)

The new unit is expected to work in close co-ordination with the Amphibious Rapid Deployment Brigade (ARDB) at Camp Ainoura in Sasebo, which is also on Kyushu Island.

The ARDB was launched in March 2018 to enhance Japan’s capabilities to defend the Nansei Islands in the southwest, including the Senkaku/Diaoyu Islands in Okinawa Prefecture, which are controlled by Japan but also claimed by China.

The JGSDF was allocated JPY3.9 billion (USD36.2 million) during the current fiscal year to cover the ‘start-up costs’ of the new unit.

The service is also set to acquire a truck-mounted Network Electronic Warfare System (NEWS) this fiscal year for JPY10 billion.

Although the spokesperson did not link the system to the new unit, documents obtained by Janes indicate that it will most likely be used by the EW unit at Camp Kengun.

The Japan Ministry of Defense’s (MoD’s) Acquisition, Technology & Logistics Agency (ATLA) has awarde...
Thank you for your inquiry, a Janes representative will be in contact with you shortly.