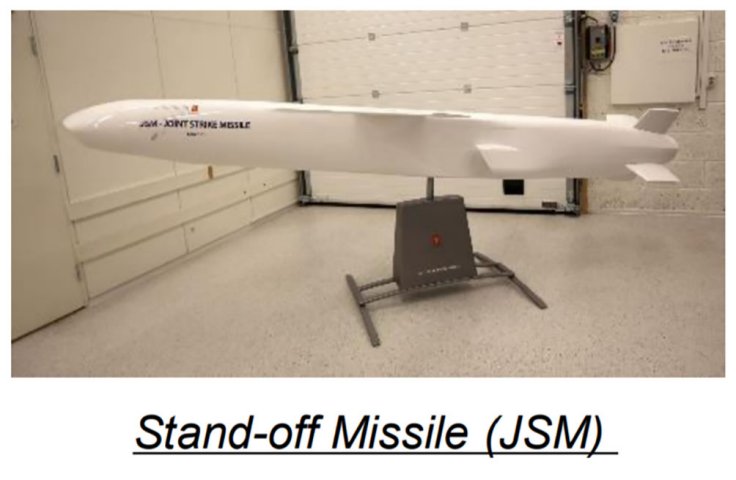 An image provided by the Japanese MoD showing a model of the JSM. (Japan MoD)

The missiles, which have been designed to fit in the internal weapons bay of the F-35A, have a range of about 500 km and can thus be launched from a stand-off distance.

In November 2019 manufacturer Kongsberg Defence & Aerospace announced that it had signed a NOK450 million (USD49.2 million) follow-on contract to provide additional JSMs for the JASDF’s F-35As. The move came after Kongsberg announced in March 2019 that it had signed a contract to provide an undisclosed number of “initial” JSMs for Japan’s F-35A fighters.

A Japanese MoD official had told Janes in January that Tokyo is looking to procure those weapon systems from the United States “as soon as possible” for fitment onto JASDF F-15J Eagle fighters to enhance the platforms’ capabilities to effectively counter attacks at longer ranges.

Tokyo is expected to start taking delivery of precision-guided Joint Strike Missiles (JSMs) for the ...