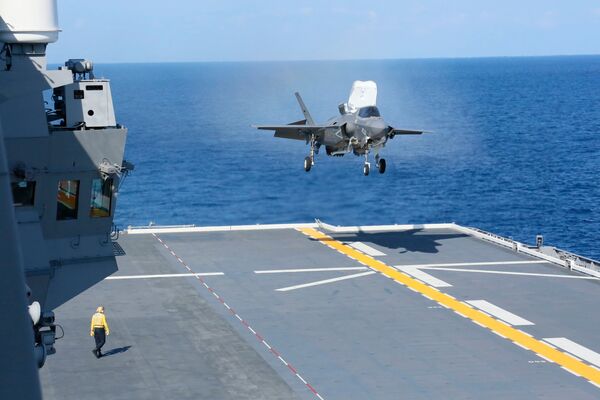 A United States Marine Corps F-35B is pictured conducting take-off and landings in October 2021 from JS Izumo , the first of two Japanese helicopter carriers that is being converted into a full-fledged aircraft carrier. (JMSDF)

Janes understands that modifications will be made in two main stages to coincide with the vessel's periodic refit and overhaul programmes, which take place every five years.

In addition, in the first stage of the modifications, JS Kaga will have the bow section of its flight deck, which is currently trapezoidal, modified into a square shape, similar to that found on the US Navy's Wasp- and America-class amphibious assault ships.

The second and final modifications, which are expected to be made during the vessel's next overhaul starting from the end of FY 2026, include changes to the ship's interior compartments.

The JMSDF was allocated JPY20.3 billion (USD167.7 million) in FY 2021 to carry out the first stage of modifications.

First-stage modifications were completed in June 2021 on the first vessel in the class, JS