Japan's Ministry of Defense (MoD) has requested a defence budget of JPY5.48 trillion (USD50 billion) for 2022 amid what Tokyo views as an increasingly intense security environment.

The request, proposed on 31 August, represents a 2.9% nominal rise in annual spending: the fastest rate of expansion in Japan's defence expenditure since 2018. 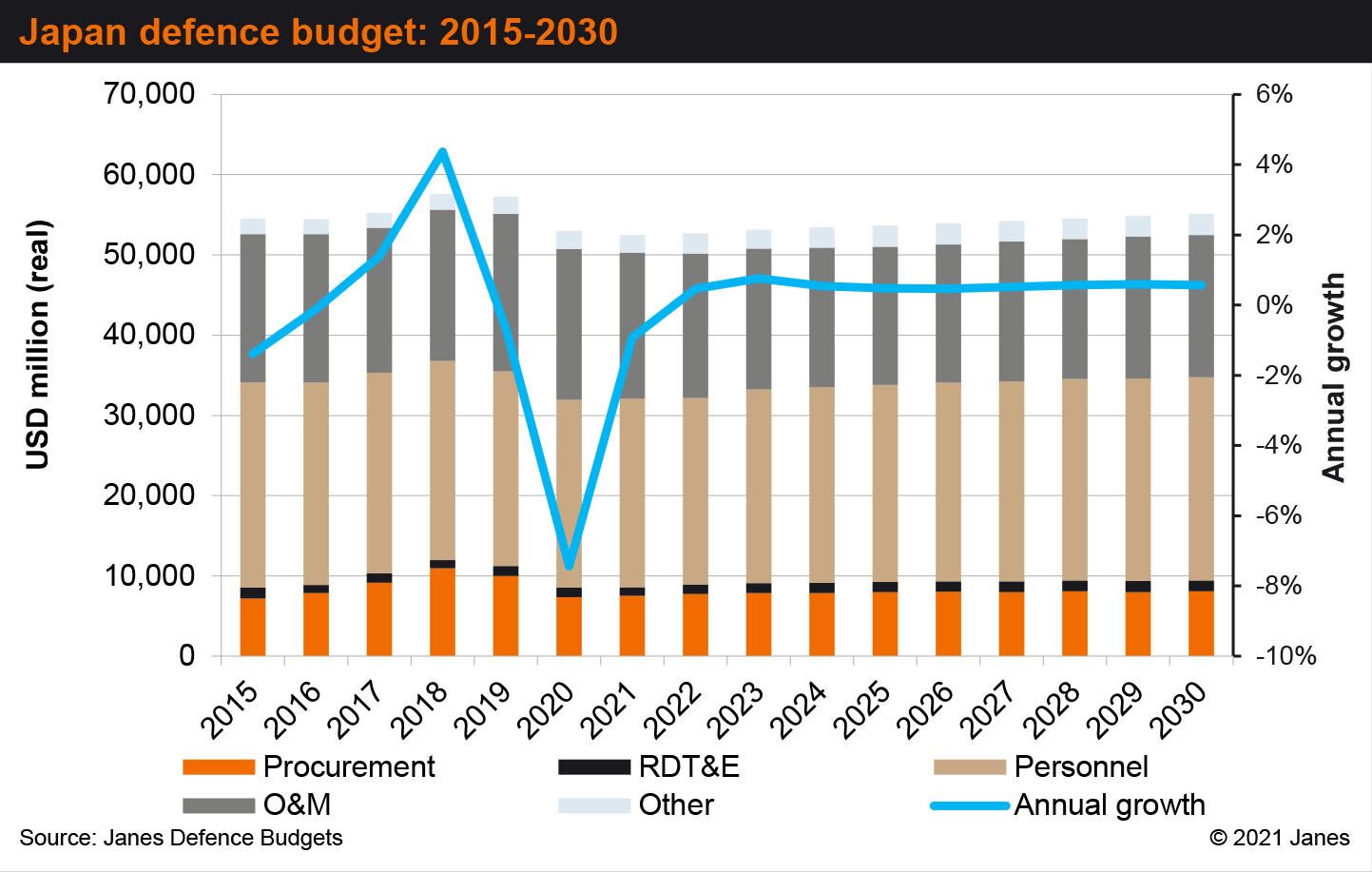 Analysis by Janes suggests that if the proposed budget is approved later this year Japan's total defence spending in 2022 – including costs for hosting US forces and military veterans' pensions – would likely reach JPY5.60 trillion.

This would return the full extent of defence spending to 1.0% of GDP: a threshold below which it fell following the nominal budget cut of 0.7% in 2021.

The proposed budget reflects Japan's continued emphasis on developing capability in space, cyber and electromagnetic domains in response to military modernisation in North Korea and China and the latter's regional assertiveness.

It also indicates Prime Minister Yoshihide Suga's commitment to continue his predecessor Shinzo Abe's policy of bolstering the defensive capabilities of Japan's remote islands, including those near the disputed Senkaku/Diaoyu Islands. These islands are controlled by Japan but claimed by China and Taiwan.

The 2022 defence budget includes funding for the Japan Ground Self-Defense Force (JGSDF) to establish a new camp on the southwestern Ishigaki Island in Okinawa Prefecture where, by fiscal year (FY) 2023–24, it plans to deploy surface-to-air and anti-ship missile batteries, along with about 570 troops.

The service has also requested JPY21.5 billion to develop facilities on islands including Ishigaki, Miyako, Yonaguni, and Amami, a JGSDF spokesperson told Janes.