Japan and Indonesia have finalised an accord to facilitate defence trade and related defence industrial collaboration.

The Defense Equipment and Technology Transfer Agreement was signed in Tokyo on 30 March by the two countries’ foreign and defence ministers.

The agreement is aimed at supporting Japanese defence exports to the Southeast Asian country and boosting regional security amid growing concerns about Chinese assertiveness. 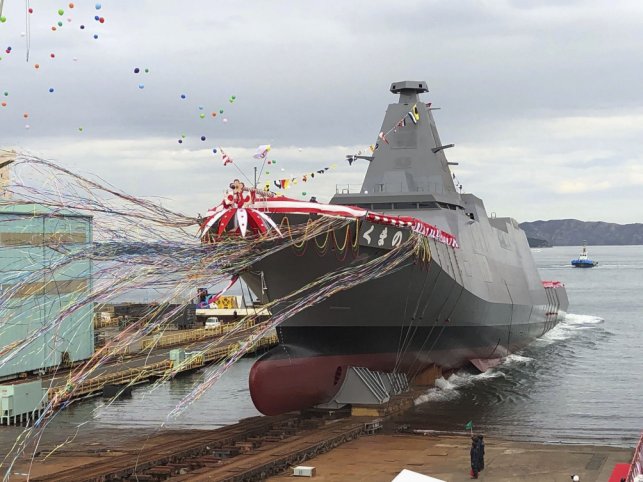 Japan and Indonesia have signed a deal to co-operate on joint defence projects that could include Japan’s 30FFM-class frigate (pictured). (Mitsui E & S)

Japan and Indonesia have been discussing the equipment and technology agreement for several years and in late 2020 the accord was agreed in principle by the two sides to facilitate collaboration on maritime-security capabilities including frigates and other surface combatants.

In late 2020 representatives from Japan’s naval shipbuilders – including Mitsubishi Heavy Industries (MHI) – also held talks with counterparts from Indonesia with a view to pursuing such joint projects for the Indonesian Navy.

Janes understands that a platform that has been discussed as a potential joint project is Japan’s 30FFM-class frigate, which is being built for the Japan Maritime Self‐Defence Force (JMSDF) by MHI and Mitsui. In a separate agreement announced on 29 March, MHI agreed to take over Mitsui. This acquisition will be finalised later this year.

Japan and Indonesia have finalised an accord to facilitate defence trade and related defence industr...

Japan and the United Kingdom have pledged to accelerate talks on the joint development of aero-engin...

The governments of Japan and the United Kingdom are discussing a potential joint programme to develo...
Request Consultation