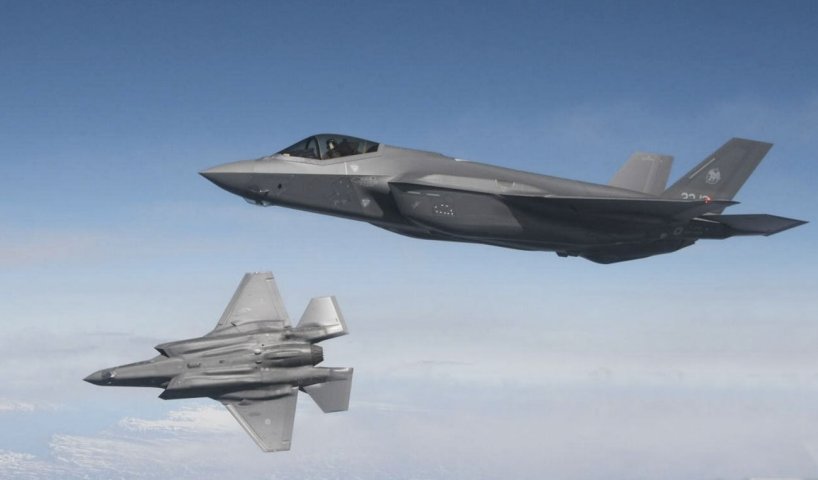 The six F-35As that Italy has deployed to Iceland have further developed the type’s air-to-air credentials, following an inaugural deployment in 2019. (Italian Air Force)

Speaking to reporters during a ‘virtual’ media event hosted by NATO, Colonel Michele Cesario said that the six F-35A aircraft that have been flying the Icelandic Air Policing mission since early to mid-June have proved to be “extremely reliable” in the quick reaction alert (QRA) role. He added that that this second national deployment of the type on this mission had underlined the AMI’s recent decision to employ the aircraft in the air-defence role as well as for ground attack.

“I can confirm the reliability and the effectiveness of this aircraft for this particular task,” Col Cesario said of the experience so far of the AMI’s Operation ‘Northern Lightning 2’ in Iceland.

The colonel’s comments on 8 July came on the back of the first real-world ‘Alpha’ Scramble by any F-35 against Russian military aircraft. This event saw a pair of AMI F-35s launch a QRA sortie out of Keflavik airbase on 3 July, intercepting and shadowing three Tupolev Tu-142 ‘Bear-F/J’ long-range maritime patrol aircraft, one Ilyushin Il-78 ‘Midas’ tanker, and an undisclosed number of MiG-31 ‘Foxhound’ escort interceptors that were flying in international airspace close to Iceland.