Italy has begun receiving the first of the 17 Leonardo HH-139B helicopters that it has ordered for combat search-and-rescue (CSAR) duties. 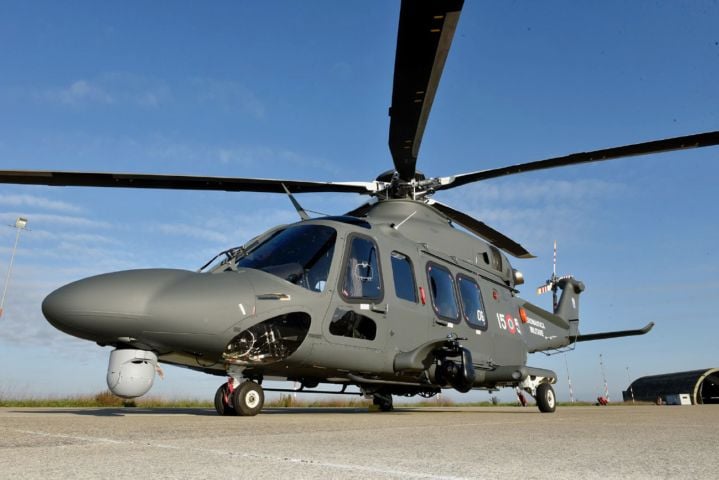 Delivery of the first Leonardo HH-139B helicopter for the Italian Air Force was announced on 2 December. (AMI)

The Italian Air Force (Aeronautica Militare Italiana: AMI) announced on 2 December that the first upgraded version of the AW139 that the service already operates in the HH-139A and VH-139A configurations had been delivered to the 15th Wing of the 1st Special Operations Air Brigade, located at Cervia in the north of the country.

“In recent days at the 15th Wing of the Aeronautica Militare, the 1st HH-139B helicopter, manufactured by Leonardo, which will be used with the HH-101A and HH-139A helicopters, [was delivered] to strengthen multirole capabilities and support the response to the country’s security needs,” the AMI announced. Deliveries are reportedly to conclude in 2021.

As noted by the AMI, the new HH-139Bs will augment the service’s six HH-101A and 13 HH-139A helicopters in the CSAR role. The AW139 has a maximum cruise speed of 165 kt and a maximum range in excess of 1,060 km with auxiliary fuel tanks. The AMI’s HH-139A features an all-new heavy duty landing gear providing higher ground clearance and improved crashworthiness, secure communications suite including IFF, and an integrated defensive aids suite.