The Israeli Ministry of Economy and Industry (MoEI) announced on 20 July that it had reached an agreement with Germany's Thyssenkrupp Marine Systems (TKMS) over the discharge of offset and counter-trade obligations related to the country's acquisition of submarines and corvettes.

The new agreement will mean that the company will discharge EUR300 million (USD353 million) in offset and counter-trade projects over a five-year period. The MoEI said in a release that the agreement covered “extensive investments in projects, knowledge transfer, and business opportunities for the local industry and reciprocal procurement, which will benefit dozens of suppliers, businesses, and industries in Israel”. 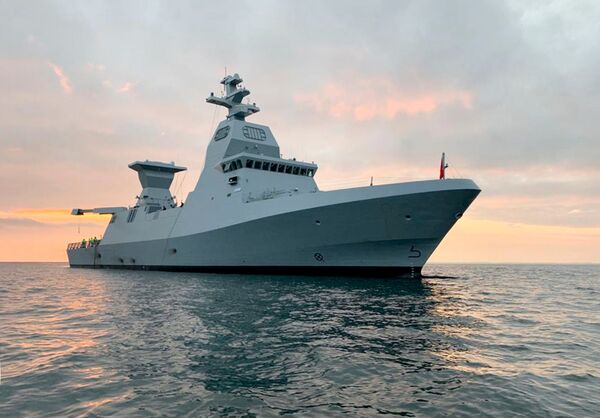 Israel and TKMS have agreed a schedule for the discharge of the latter's offset obligations relating to the Sa'ar 6 corvette (seen here during sea trials in 2020) and submarine procurement programmes. (Israel Defence Force)

Negotiations over TKMS's non-compliance with Israel's offset and counter-trade policies began in 2017 and led to extensive scouting work, visits by commercial delegations, and presentations of Israeli suppliers, capabilities, and technologies. As a result, TKMS will undertake direct procurement from Israeli suppliers for both German and Israeli programmes, as well as broader export projects. TKMS will also provide training, investment in equipment, and knowledge transfer to the Israeli Navy and Israeli defence industry to bolster domestic capabilities.

Some of the programmes undertaken by TKMS in Israel to date include the establishment of an office in the country, support for metal 3D printing/additive manufacturing through Tel Aviv-based Metal Point, and maritime venture capital firm theDOCK, which specialises in investment in companies working in ports, commercial shipping, underwater operations, cyber security, and offshore energy.

The Israeli Ministry of Economy and Industry (MoEI) announced on 20 July that it had reached an agre...