Israel signs LOA with US for KC-46A, plans agreements for other capability enhancements

Israel has signed a letter of acceptance (LOA) with the United States for the procurement of two Boeing KC-46A Pegasus tanker aircraft, and plans further similar agreements to enhance its qualitive military edge (QME) in the region. 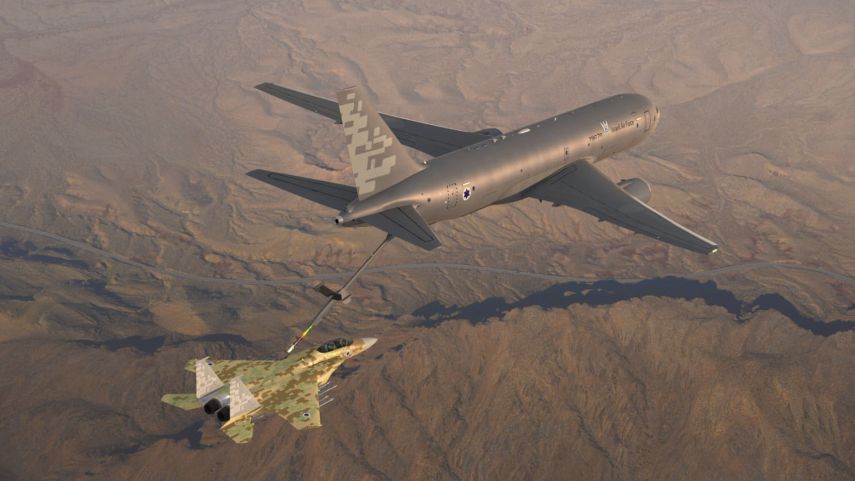 CGI of a Boeing KC-46A Pegasus tanker in Israeli service. The country’s MoD announced on 22 February that it had signed an LOA with the United States for two tankers, as well as for other military assistance. (Israeli MoD)

The Ministry of Defence (MoD) announced on 22 February that the LOA for the tankers was signed over the previous weekend. It added that it intends to enter into similar agreements for the standing up of a third squadron of Lockheed Martin F-35I Adir combat aircraft, the replacement of its Sikorsky CH-53D Yasur heavy-lift helicopters, the procurement of advanced munitions, “and more”.

“The procurement plan based on US security assistance is crucial to strengthening the Israeli Air Force [IAF], and for the [Israel Defense Forces’] QME in the decades to come,” the MoD said from its official Twitter account.

Israel has signed a letter of acceptance (LOA) with the United States for the procurement of two Boe...