Israel Shipyards have started construction of the first of two OPV-45 offshore patrol vessels (OPVs) that have reportedly been ordered by Côte d’Ivoire. 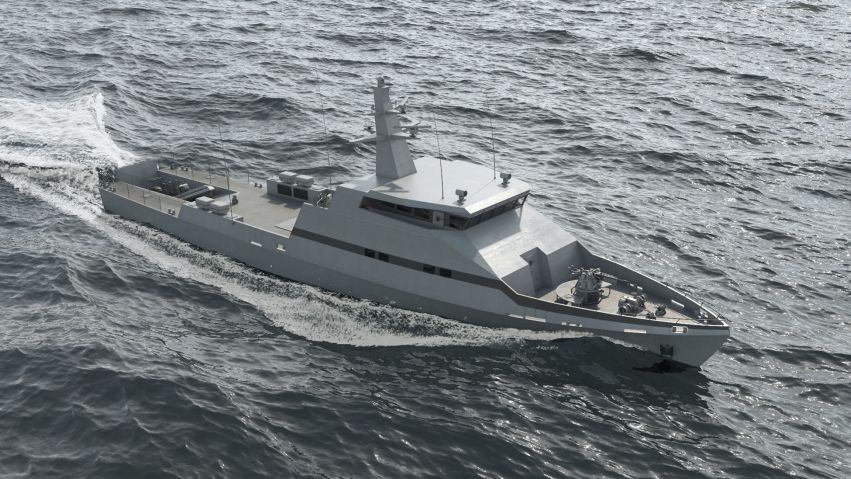 The African order is the first for the OPV-45: a design unveiled in 2019. (Israel Shipyards)

“The first stage has begun in the construction of the first OPV-45 out of the two offshore patrol vessels, which will be delivered to an African Navy within the next two years,” the company said on 16 December.

Israel Shipyards announced the order in July but did not identify the customer, although suggested it was a navy operating in the Gulf of Guinea when it said the vessels were designed to provide “protection against the increasing threat of piracy in the region”.

Africa Intelligence reported later that month that the OPVs had been ordered by Côte d’Ivoire.

It has a crew of up to 20, with space for an additional 20 troops. Two 20 ft shipping containers can be loaded with a deck-based crane and a 7 m-long rigid-hull inflatable boat can be launched from a stern ramp.

Israel Shipyards has said the two African OPV-45s will be equipped with Israeli-made day/night observation systems and stabilised weapons to maximise their effectiveness during missions.

The agreement also includes ongoing support and training for crew and technical personnel, as well as the creation of a maintenance programme.