A ballistic missile based on Iran’s new Zoljanah satellite launch vehicle would be able to carry a 1 tonne warhead 5,000 km, according to an estimate of the rocket’s capabilities that Israel’s ambassador to the UN submitted to the Security Council in a letter dated 7 April. 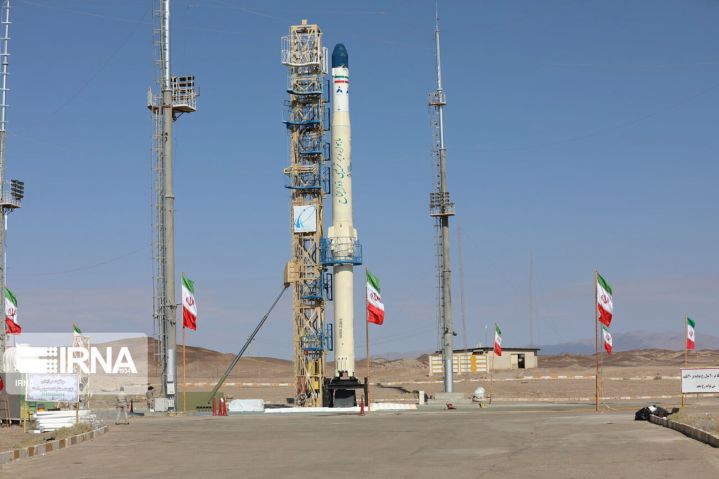 The Zoljanah before its launch from the Khomeini Space Centre. (Islamic Republic News Agency)

This capability would make the missile by far the most powerful in Iran’s arsenal as the longest range it can currently achieve is 3,000 km with the Khorramshahr liquid-propellant missile, fitted with a 750 kg warhead, according to a European estimate submitted to the Security Council in March 2019.

A 5,000 km range would ostensibly enable Iran to target every European country, including Iceland.

The Zoljanah was unveiled with a suborbital flight test on 1 February 2020, when it was described as having two solid-propellant motor stages with 1.5 m diameters and a smaller liquid-propellant third stage that enables it to put a 220 kg payload into a 500 km orbit. A spokesman said at the time that the Zoljanah could use a mobile launcher to reach different orbits.

“Mobile launchers make prelaunch detection more complex and are typically used for the rapid deployment of surface-to-surface ballistic missiles,” the Israeli letter said. “This activity casts further doubt as to whether Iran’s space programme is really for peaceful purposes, as the regime claims.”

“These latest technological advancements point once again to the close link between Iran’s space and military programmes, which work in tandem to develop its capacity to carry nuclear warheads,” it added.

Iran’s UN ambassador responded with a letter to the Security Council dated 14 April that insisted his country’s space programme is for peaceful purposes only.

A ballistic missile based on Iran’s new Zoljanah satellite launch vehicle would be able to carry a 1...