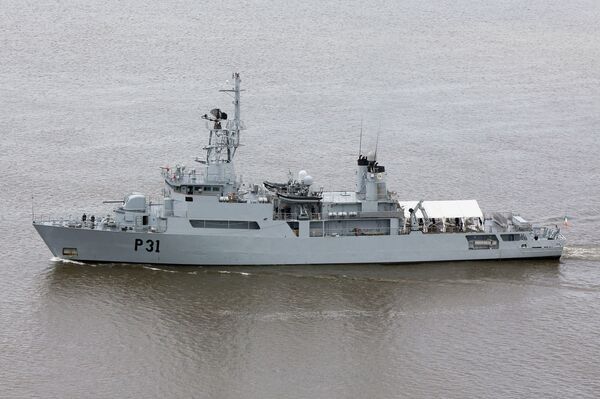 Following its decommissioning from Irish Naval Service, plans under consideration for LÉ Eithne include retaining it in Cork Harbour as a visitor attraction or a museum piece. (Michael Nitz/Naval Press Service )

The Irish Naval Service (INS) has formally retired three patrol vessels from service in a move that will temporarily reduce the fleet's inventory to six ships.

An Irish Department of Defence (DoD) spokesperson told Janes that it is weighing up options regarding the disposal of the three vessels post-decommissioning.

Options being examined include the disposal by safe and environmentally sound recycling via a European Union-approved ship recycling facility; sale by auction; sale as seen, to a private/government buyer; a government-to-government transfer of ships; or the donation of the ships to be used as possible visitor attractions.

“Consultations are ongoing with Dublin Port and Cork Country Council regarding the donation of Eithne for use as a tourist attraction or a museum piece. The option of a government-to-government transfer of LÉ Orla and LÉ Ciara is also being explored,” the spokesperson said.

The Irish Naval Service (INS) has formally retired three patrol vessels from service in a move that ...