Iran’s Islamic Revolution Guards Corps (IRGC) announced the inauguration of a new ‘missile city’ for its naval wing on 15 March. 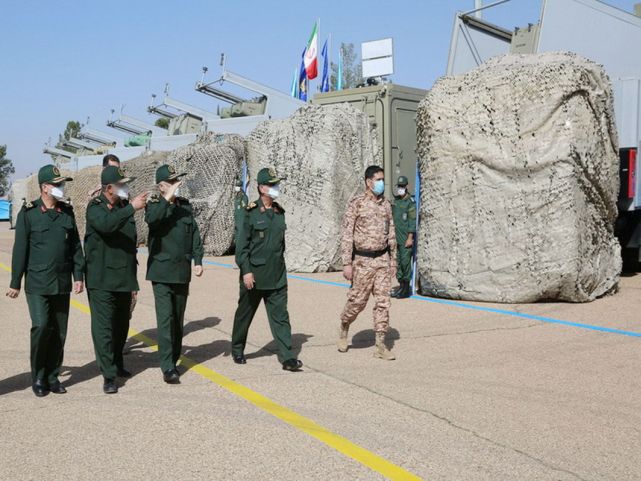 The IRGC released video footage showing its commander Major General Hossein Salami and its naval commander Rear Admiral Alireza Tangsiri inspecting equipment at a base that could be identified as one in the mountains north of Shiraz city, more than 170 km from the Gulf coast. They also inspected tunnels that may have been at the same facility.

Satellite imagery shows the base has existed since at least 2003 and is connected to tunnels that were constructed from 2009. A known ballistic missile base to the immediate northeast also has tunnels.

The equipment inspected by the IRGC commanders included anti-ship missile launchers and electronic warfare systems, as well as missiles displayed in the tunnels. Two new types of missile launch tubes were displayed mounted on mobile launchers. These had circular cross sections with differing diameters rather than the box canisters normally used for Iran’s cruise-type anti-ship missiles.

The IRGC has previously displayed Fateh-110-series tactical ballistic missiles, which are normally launched using a fixed rail, in similar launch tubes. It was stated that these were developed so the missiles could be buried in the ground. The new types differ in that they are designed to be stacked on top of each other, meaning four tubes can potentially be carried by each launcher.

Some of the circular launch tubes that were seen open in the tunnels showed the noses of missiles that did not appear to have either the electro-optical or radar seeker used on the anti-ship missile variants of the Fateh-110.