Iran plans to build submarines for the Islamic Revolution Guards Corp (IRGC), according to Rear Admiral Amir Rastegari, the head of the Ministry of Defence and Armed Forces Logistics’ Marine Industries Organisation. 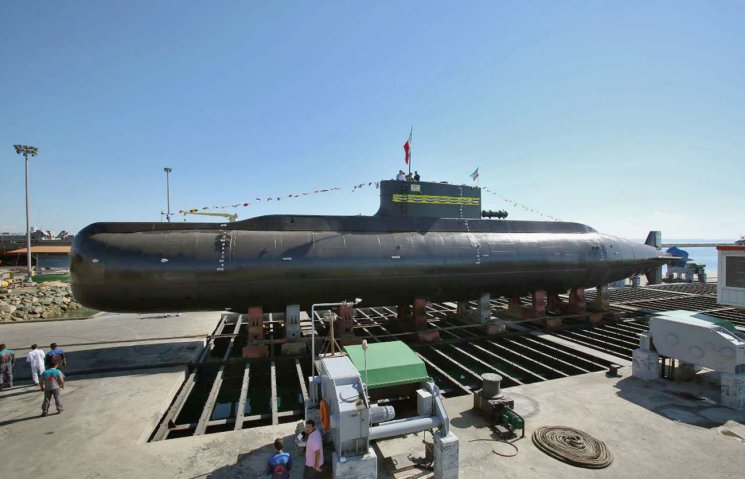 The IRGC will receive ‘semi-heavy’ submarines, a description previously given to Fateh, which was officially launched in February 2019. (Islamic Republic News Agency)

All Iran’s submarines are currently operated by the Islamic Republic of Iran Navy (IRIN). These include an unknown number of Ghadir midget boats built by the Marine Industries Organisation and a single larger Iranian-developed submarine called Fateh. The three Russian-made Project 877 ‘Kilo’-class boats are all currently out of the water.

“From 1400, we will start the project of building light and semi-heavy submarines for the navy of the Islamic Revolutionary Guard Corps and this force will have submarines in the next few years,” Rear Adm Rastegari told the Islamic Republic News Agency (IRNA) on 22 March. The current Persian year 1400 ends on 20 March 2022.

Iranian officials have previously described Fateh, which is said to displace 600 tonnes when submerged, as a ‘semi-heavy’ submarine.

Iran plans to build submarines for the Islamic Revolution Guards Corp (IRGC), according to Rear Admi...