Iran’s Islamic Revolution Guards Corps Navy (IRGCN) has indicated that its recent harassment of US Navy (USN) vessels is part of a renewed policy of confrontation rather than the work of unruly commanders. 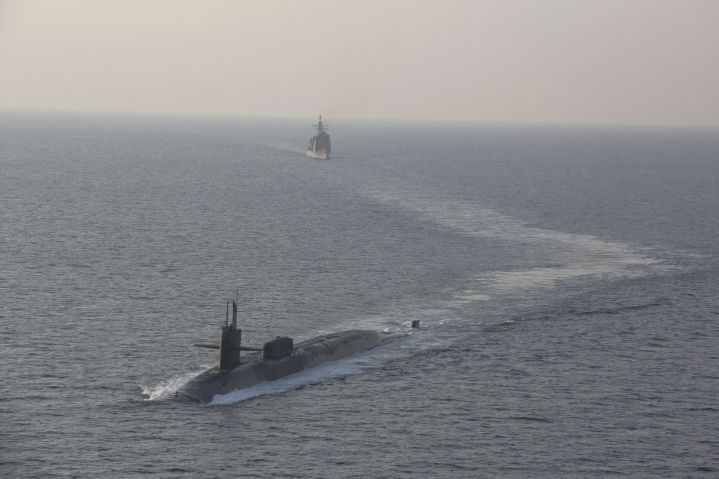 In a statement released on 11 May, the IRGC’s naval wing accused the USN of unprofessional conduct that included “firing flares and aimless and provocative shots” at its vessels, which it said were “observing the legal distance enshrined in maritime guidelines and regulations”.

“The powerful and courageous defender of the Strait of Hormuz and the Persian Gulf [the IRGCN] considers the illegal, unprofessional, and dangerous behaviour of foreigners, especially the US Navy fleet, which poses a challenge and threat to the maritime security of this sensitive area, as a violation of its redline,” it added.

The statement was released after the US 5th Fleet complained that IRGCN fast inshore attack craft had harassed a flotilla of its vessels that were escorting the guided missile submarine USS Georgia through the Strait of Hormuz on 10 May.

“After the two IRGCN vessels failed to respond to repeated warnings and closed within 300 yards [274 m], [the US Coast Guard cutter] Maui exercised lawful de-escalatory measures by firing warning shots,” it said. “The two IRGCN vessels again failed to respond to warnings and closed to within 150 yards of Maui, at which time Maui fired additional warning shots.”

Iran’s Islamic Revolution Guards Corps Navy (IRGCN) has indicated that its recent harassment of US N...