The photographs and videos of the handover event showed the weapons included at least three mobile launchers for Fateh-110-series tactical ballistic missiles that were disguised as shipping containers, each with two launch rails. A similar launcher was displayed in 2020 but loaded with a Nazeat heavy rocket rather than missiles. Iranian launchers are normally disguised with removable canopies. 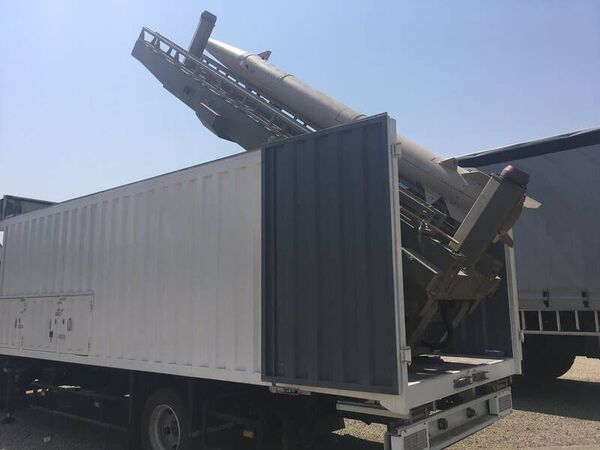 It was unclear if the containerised Fateh-110 launchers that were displayed have retractable roofs. (Mashregh News)

There were also at least two launchers that each carried six large missiles in sealed canisters that appeared to be the same as the ones seen at an underground base that the IRGC publicised in March.

The IRGC has previously unveiled Fateh-110s that can be launched from buried canisters but the ones on the new launchers are clearly too short for these missiles and their diameter too small when the fins are taken into consideration.

There has been speculation that the canisters are for a scaled-down version of the Fateh-110 that was displayed by the IRGC in August 2020 and labelled as the Fteh.