The Islamic Republic of Iran Navy has equipped one of its ageing Alvand-class (Vosper Mk 5) frigates with new indigenously developed combat systems. 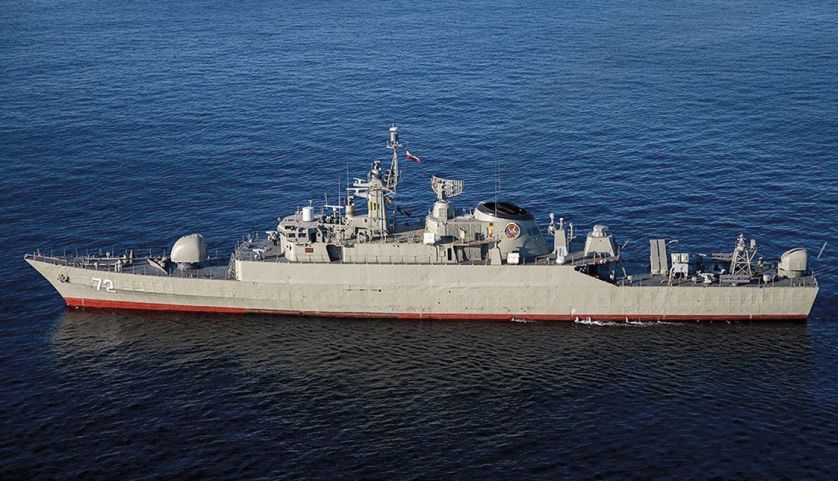 Imagery of IRIS Alborz (72) from the recently concluded Iranian joint naval exercise with the navies of China and Russia held in late December 2019, shows that an AK-630M-based Kamand close in weapon system (CIWS) and what appears to be an associated fire control system (FCS) have been installed amidships behind the funnel.

The FCS equipment includes a ball-shaped electro-optical (EO) fire control director, a smaller EO system with two apertures similar to the Seraj-1 EO FCS associated with Iranian air defence systems, and a manually operated optical director for the Kamand CIWS. The Kamand and its associated FCS equipment are mounted on newly constructed pedestals behind the funnel. A second Seraj-derived EO director has been installed on a newly constructed mast structure in front of the stern-mounted Oerlikon KBA gun mount.

A 12 barrelled launcher has also been installed on either beam as seen on the newest Jamaran-class frigate IRIS Sahand (74).

Other visible upgrades are a new electronic warfare (EW) system. This comprises a pole mast-mounted set of antennae with a two-set cylindrical antenna separated by a plate, in addition to a much larger white cylindrical radome mounted atop the bridge house. This device, also fitted on first-of-class Alvand (71) and landing ship tank Tonb

The Islamic Republic of Iran Navy has equipped one of its ageing Alvand-class (Vosper Mk 5) frigates...