The Iranian military unveiled on 9 June a new surface-to-air missile (SAM) system named 15 Khordad: the Persian calendar date of an uprising in 1963. 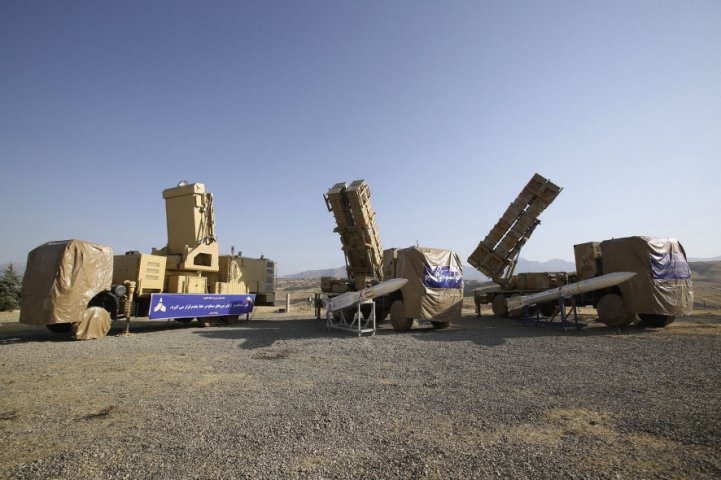 The 15 Khordad system is seen with what appeared to be both Sayyad-2 and Sayyad-3 missiles. (MODAFL)

The Iranian Ministry of Defence and Armed Forces Logistics (MODAFL) released coverage of an open-air ceremony attended by Defence Minister Amir Hatami who said the 15 Khordad can detect fighters at a range of 150 km and track them at a range of 120 km. The system can engage targets within a maximum range of 75 km and maximum altitude of 27 km. Hatami added that it can detect low-observable targets at a range of 85 km and engage them at ranges up to 45 km.

He also noted that the system can engage six targets simultaneously, is mobile, and can be brought into action in less than five minutes.

The MODAFL released photographs of the ceremony showing a single truck-mounted radar, as well as two launchers, each loaded with four missile canisters and with two different types of SAM displayed in front.

Although the SAMs’ names and alphanumeric designations were partially covered for the ceremony, they appeared to be a Sayyad-2 and a Sayyad-3: both types that have previously been unveiled. Hatami noted that the system uses the Sayyad-3 but did not mention the Sayyad-2. 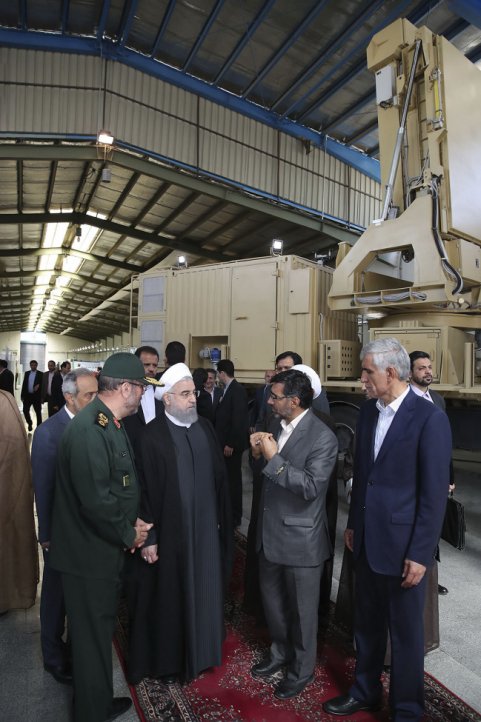