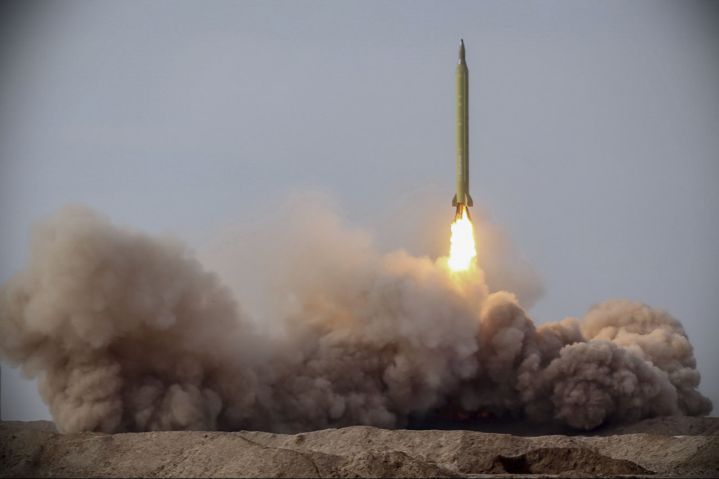 “Today, our goal was to destroy the enemy fleet in the northern Indian Ocean at a distance of 1,800 km, when ballistic missiles were fired at this area,” said Brigadier General Amir Ali Hajizadeh, the commander of the IRGC Aerospace Force.

The IRGC released footage and photographs of six medium-range ballistic missiles (MRBM) being prepared and at least three being launched: a liquid-fuelled Ghadr, the Emad version with a manoeuvring re-entry vehicle, and a solid-propellant Sejjil. At least one impact with the sea was shown although it was unclear if a simulated target was actually hit.

Iran unveiled its first anti-ship ballistic missile in 2011 in the form of the Khalij Fars, which is based on the Fateh-110 solid-propellant tactical ballistic missile with a range of 200–300 km and uses an electro-optical sensor to guide itself towards its target.

Radar-guided and longer-range versions also derived from the Fateh-110 family were subsequently unveiled, most recently in September 2020 when the Zolfaghar Basir was claimed to have a range of 700 km.