Synthetic Aperture Radar (SAR) capabilities on Sentinel-1A/B (S1A/S1B) satellites operated by the European Union's Earth Observation Program – Copernicus – have been used by open-source intelligence (OSINT) analysts since S1A was launched on 3 April 2014. S1B followed on 25 April 2016. SAR analysis has become increasingly popular because of social media and the ability to share findings easily among groups of like-minded OSINT analysts.

The data collected by the satellites can be freely accessed using several platforms such as Copernicus's own Open Data Hub, the Sentinel EO Browser, and Google Earth Engine. This open-source capability makes Sentinel more popular than other subscription-based SAR imagery providers, where the cost of obtaining data can often be outside the budget of an individual or small OSINT group.

The S1A/S1B constellation images the Earth completely every six days, and the two satellites operate 180 degrees apart. They use SAR operating on the central frequency of 5.405 GHz, which is in the C-band radio spectrum of 4–8 GHz; this is commonly known as C-SAR.

The C-band is used by many differing commercial satellites and was the first frequency band used in this area of telecommunications. Moreover, the 5.4 MHz frequency area within the band is also used by IEEE 802.11a Wi-Fi wireless computer networks. One reason for this was the ability to perform better in poor weather conditions, leading the S1A/S1B to use the C-band to provide 24-hour all-weather imaging capabilities.

Like all radio, satellite communication is subject to radio frequency interference (RFI), either accidentally through multiple use of the same frequency or because of RF ‘spread', which occurs when a transmission from a nearby frequency encroaches on the one in use. Intentional jamming as part of electronic warfare (EW) can also occur. 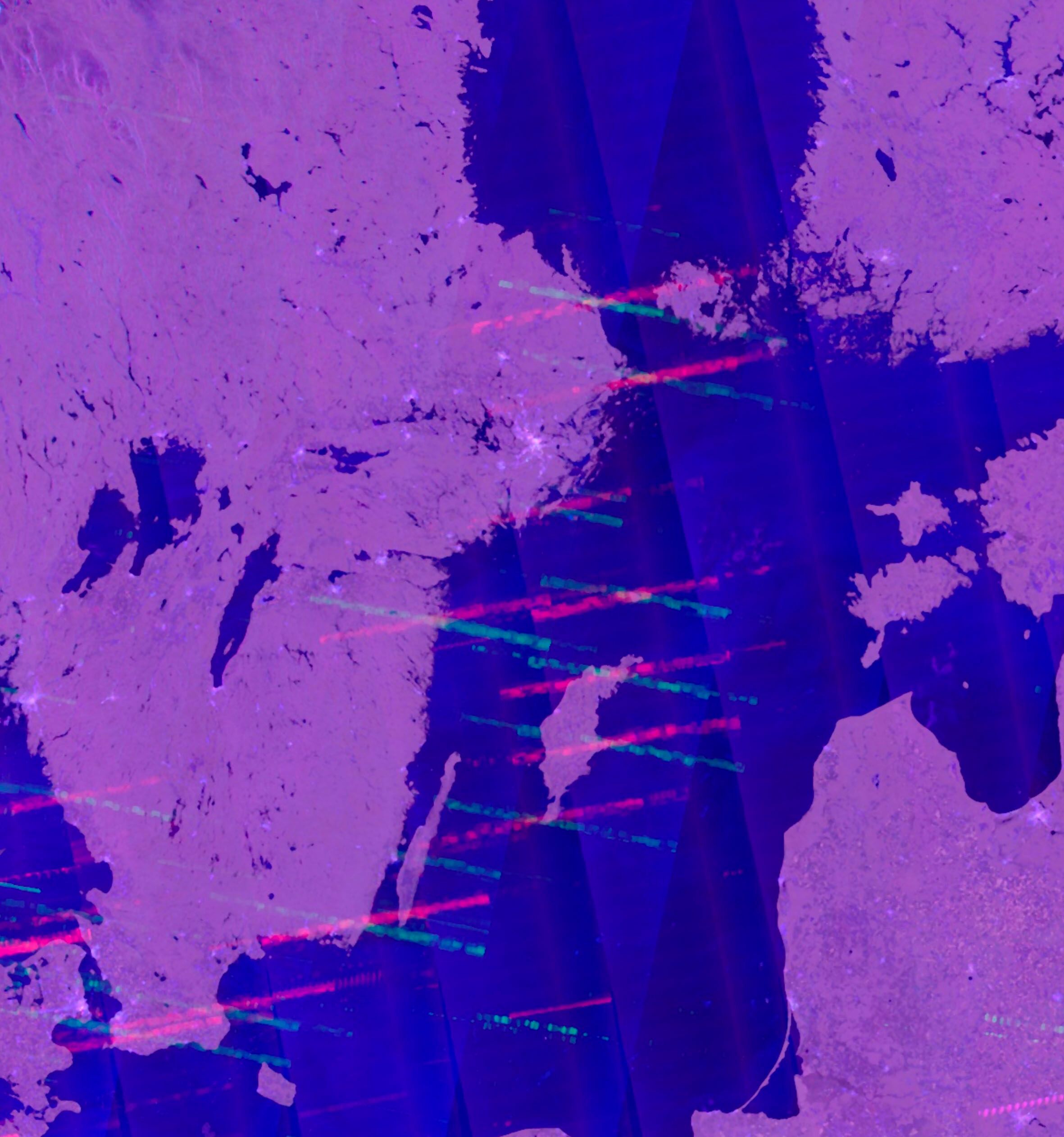