Since the early 1990s, Somalia has been more readily assigned the status of a ‘failed state’ than perhaps any other country. Central government authority ended with the collapse of Siad Barre’s 22-year regime in 1991, ushering in an extended period during which viable, nationwide security institutions were absent. Clan warfare dominated into the early 2000s, alongside more than a dozen failed attempts to form a government, including by exiled leaders in Djibouti and Kenya.

The Union of Islamic Courts (UIC) very briefly established a degree of centralised authority in mid-2006, when its militias seized the capital Mogadishu along with swathes of southern Somalia from warlords after a particularly intense spell of fighting, but a US-backed Ethiopian intervention later the same year to dislodge the UIC propelled a descent into even greater turmoil.

The deep domestic unpopularity of the initial Ethiopian intervention furthered the rise of Harakat-al-Shabaab-al-Mujahideen, an extremist offshoot of the UIC. Al-Shabaab capitalised on an Ethiopian withdrawal in early 2009 to extend its control and exert authority over much of the country, while Somali waters became vulnerable to extensive piracy.

The militants retreated from Mogadishu in August 2011 and all major urban centres over the following three years in the face of an enormously expensive multilateral military intervention under the African Union Mission in Somalia (AMISOM). A degree of centralised – and, crucially, internationally recognised – political authority was subsequently restored. 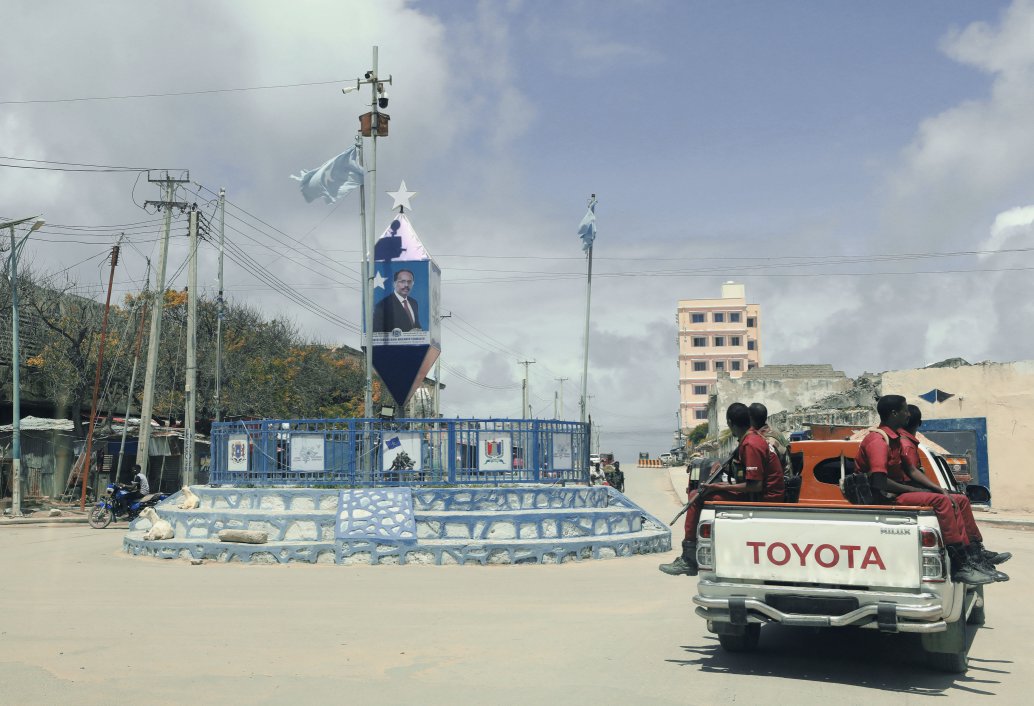 Banners of Somalian President Mohamed Abdullahi Mohamed, widely known as Farmaajo, overlook a crossroads in Mogadishu, Somalia, on 3 August 2020. The violence and instability that started with Somalia’s civil war in 1991 continue to characterise the country’s efforts to reform politically and in its security response to insurgency. (Lokman Ilhan/Anadolu Agency via Getty Images)

The Allied Democratic Forces (ADF), an armed group that originated in Uganda, are engaged in an Isla...