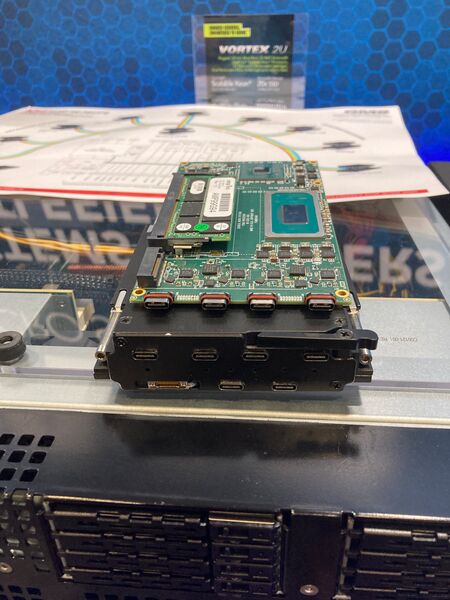 Combat information technology company General Micro Systems (GMS) is betting that integration of Thunderbolt USB port connections into present and future US armed forces' platforms could be the key to solving the Pentagon's interoperability challenges.

The release of GMS's new X9 Spider OpenVPX Single Board system, unveiled during the Association of the United States Army's annual symposium in Washington, DC, coincided with the company's decision to adopt standardised requirements for hardware development under the Sensor Open Systems Architecture (SOSA) framework for open, common standards on sensor and communication subsystems.

The X9 Spider module variants on display during the symposium featured several Thunderbolt USB4 port connections along with 100 gigabit-capable Ethernet ports, which combined can transmit upwards of 455 gigabytes per second, according to a company fact sheet. The X9 board is built around an Intel 11 gen Core i7 computer processing unit with 64 gigabits of internal memory.

While the X9 is comparable to other SOSA-compliant single-board VPX systems, the company's decision to integrate the Thunderbolt port connectors as the main gateway for subsystem integration into a given platform, rather than utilising a common card pinout or chassis, is unique.