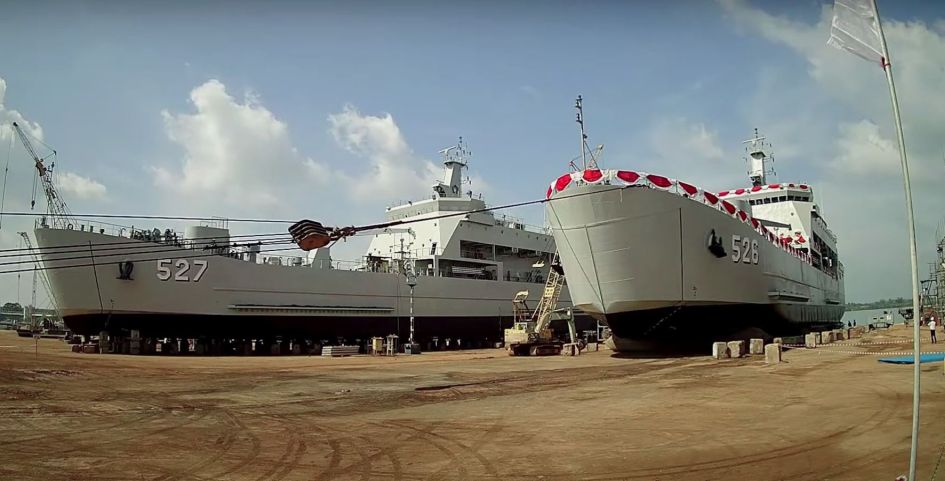 The vessels took to the water on 27 February in a ceremony that was broadcast live over the company’s social media channels from Batam. Keels for both the vessels, which have since been given the pennant numbers 526 and 527, were laid down in December 2019.

An IDR360 billion (USD25.2 million) contract to build the ships was signed between PT Bandar Abadi and Indonesia’s defence ministry in April 2019. The LSTs seek to improve the mobility of the Indonesian Armed Forces’ (TNI’s) armoured vehicles.

In terms of payload, the LST can accommodate up to 15 BMP-3F infantry fighting vehicles via a roll-on/roll-off ramp at its bow and deploy a 10-tonne helicopter from its flight deck. Each vessel can also accommodate up to four crane deployed landing craft for vehicle and personnel (LCVPs).