Indonesian shipyard PT Lundin (North Sea Boats) has completed a contract to supply and assist with the construction of 18 high-speed patrol boats for Bangladesh.

Delivery of the final vessels, which have been built to the company’s proprietary ‘X12’ design, were completed in the week of 9 September, PT Lundin announced via an official social media channel. 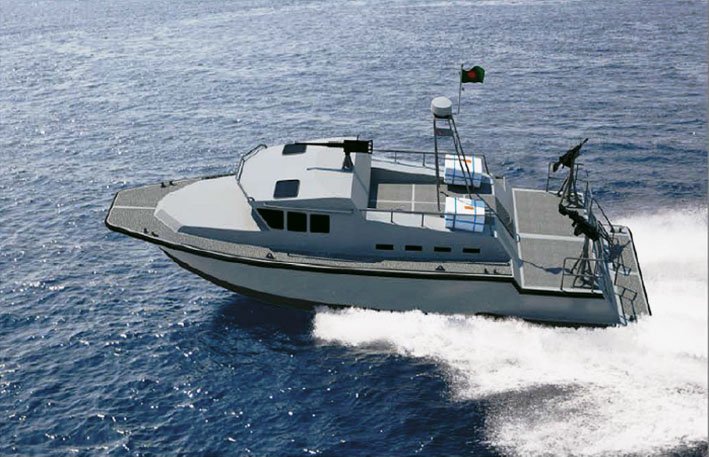 An artist's illustration of the X12 high-speed patrol boat. (Dockyard and Engineering Works)

Citing a senior company official, Jane’s first reported in November 2014 that the company has secured a contract to build eight fast patrol boats for the Bangladesh Navy. The contract also includes an option, which has since been exercised, to build 10 more vessels for the Bangladesh Coast Guard.

As part of the contract’s technology transfer clause, two of the vessels under the contract were built in Banyuwangi, Indonesia, while the remaining 16 vessels were constructed at the Bangladesh Navy-owned Dockyard and Engineering Works in collaboration with Indonesian engineers.

The vessels are based on PT Lundin’s X15 patrol boat concept, which in turn derives its design from the Royal Swedish Navy’s Combat Boat 90 (CB90) fast patrol craft. It has an overall beam of 3.5 m, has a length of 11.7 m, draws 0.84 m of water, and displaces 10.2 tonnes when fully loaded.

The fully composite boat is propelled by waterjets powered by two Volvo Penta engines producing 320 kW at 3,500 rpm, and can attain a top speed of 35 kt. The vessels are equipped with two 765-litre fuel tanks and can also be equipped with up to three machine guns – one atop the cabin, with two more in the aft section on deck.

The UK Ministry of Defence (MoD) has issued a request for information (RFI) supporting the potential...
Request Consultation