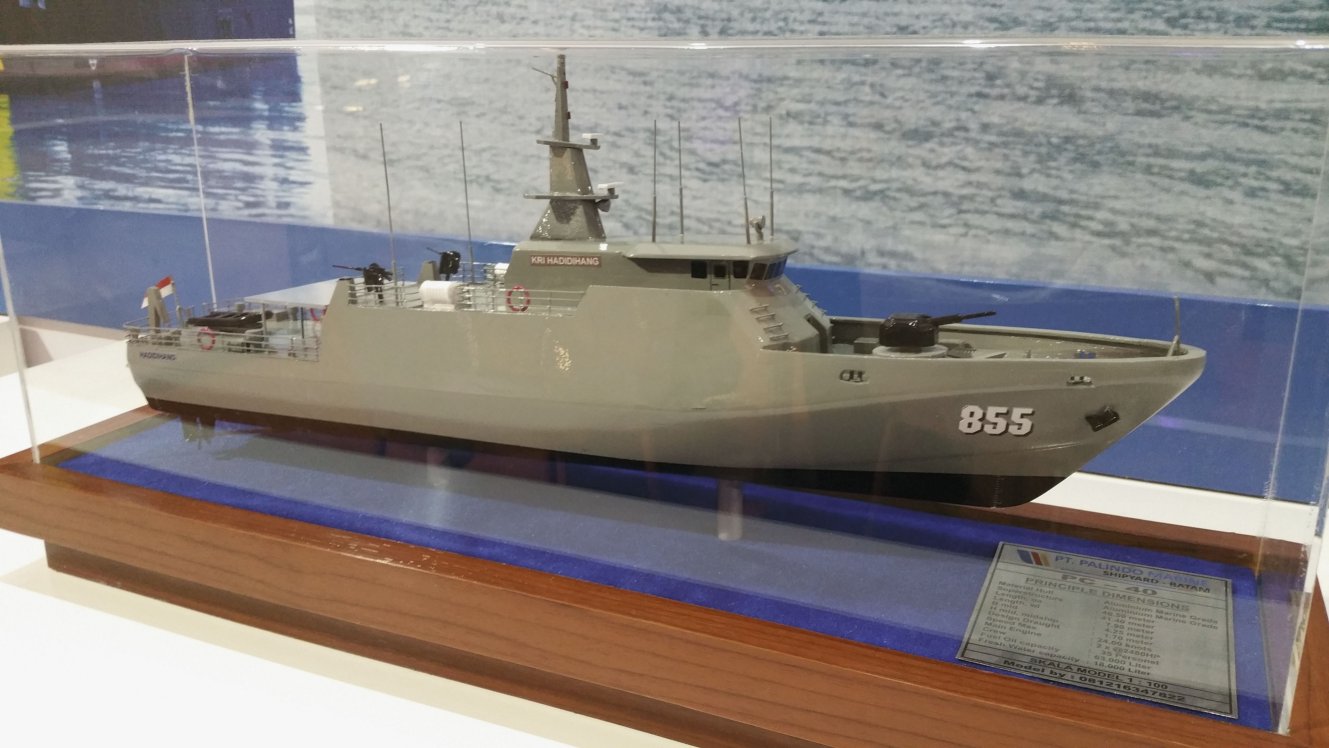 The vessels, which will be known in service as KRI Posepa (870) and KRI Escolar (871) once commissioned, were launched on 27 July at the private shipbulder’s facilities, in Banten, West Java.

Posepa and Escolar will be the 10th and 11th PC-40-class vessels to be operated by the TNI-AL. The service inducted its first batch of three PC-40s, which were manufactured by PT Palindo Marine, in January 2017, and six more vessels were commissioned by the end of 2019.

Posepa and Escolar were laid down in July 2019. Besides these two latest vessels, PT Caputra Mitra Sejati also built the sixth to ninth-of-class, which were commissioned by the TNI-AL between July 2017 and December 2019.

The PC-40 class is a lightly armed variant of the TNI-AL’s missile-capable KCR-40M class. It has an overall length of 46.5 m, an overall beam of 7.9 m, and a hull draught of 1.7 m. The boat can accommodate a crew of 35 and can carry one rigid hull inflatable boat (RHIB) at the stern.

Although Posepa and Escolar have yet to be armed, there are plans to equip the vessels with the Marlin-WS 30 mm gun system from Leonardo. The vessels have also been equipped with two positions for 12.7 mm machine guns.

The temporary construction hotwork halt aboard aircraft carrier John F. Kennedy (CVN 79) following t...
Thank you for your inquiry, a Janes representative will be in contact with you shortly.