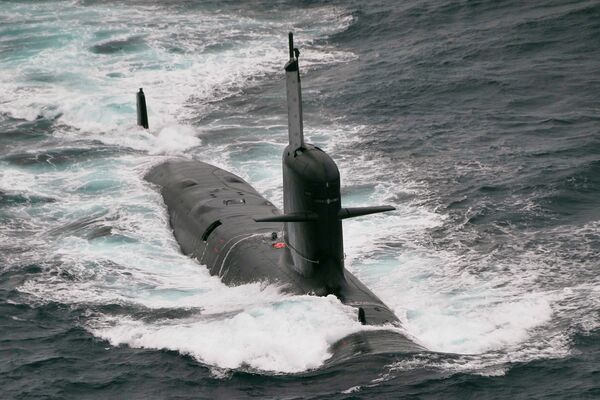 Indonesia has signed an agreement with France's Naval Group to support the local construction of two Scorpène submarines (similar to the Scorpène platform operated by Malaysia). (Royal Malaysian Navy)

The memorandum of understanding (MoU) – which is not yet supported through a formal contract – was announced a few hours after the Indonesian government agreed to procure 42 Dassault Rafale fighter aircraft from the European country.

In a statement, PT PAL and Naval Group said the MoU will “seek to leverage the capabilities of both partners to meet the growing requirements of the Indonesian Navy”. The agreement will also facilitate the establishment of a jointly run research and development facility in Indonesia.

Florence Parly, France's Minister of the Armed Forces, who is visiting Jakarta, confirmed in a tweet that the MoU relates to Naval Group's diesel-electric Scorpène platform. “Indonesia has announced an intention to purchase two French-made Scorpène submarines,” she said.

Janes understands that the two sides aim to finalise a purchase contract before mid-2022. This contract – unlike the newly signed MoU – is expected to facilitate the integration of weapons and systems onboard the submarines and the provision training for operation, construction, and sustainment.

It is understood that the pending contract could provide the opportunity for a follow-on deal of an additional two Scorpène submarines to be constructed in Indonesia.