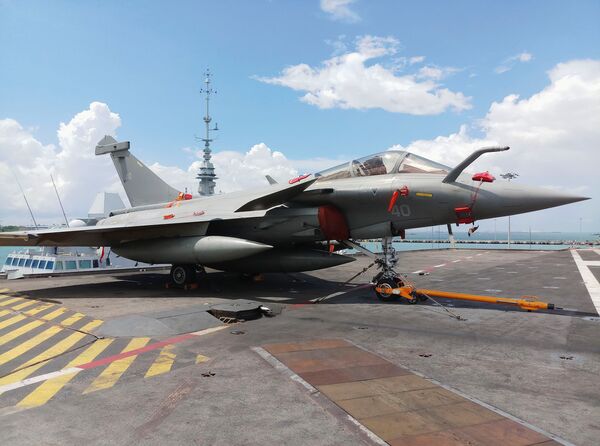 A French Navy Rafale M, seen here on aircraft carrier FNS Charles de Gaulle while it was in Singapore. Indonesia has plans to procure 36 units of the aircraft type. (Janes/Ridzwan Rahmat)

The Indonesian Ministry of Defense (MoD) has moved ahead with a plan to procure Rafale multirole fighter aircraft from Dassault Aviation.

In his response to questions at the MoD's annual leaders' rally for 2022 on 20 January, Indonesian Minister of Defense Prabowo Subianto told reporters that negotiations for the programme have been completed, and that the “contract” is now “awaiting activation”. He did not provide further details.

However, in response to queries, Janes was informed on 25 January by a source close to the Indonesian MoD that a preamble contract worth EUR5.8 billion (USD6.56 billion) was signed with Dassault Aviation on 7 June 2021.

The contract, which stipulates a delivery of 36 airframes to the Indonesian Air Force, is not yet active given the lack of clarity over funding. Janes also understands that Indonesia is in the process of seeking a foreign lender to fund this programme.

The Indonesian MoD has outlined an ambition to procure up to 36 Rafale airframes in a programme to fulfil the gap left by the retirement of its Northrop F-5E/F Tiger II fleet. The older aircraft type was formerly operated by the Indonesian Air Force's Aviation Squadron 14.

The requirement has grown especially pertinent given that Jakarta will no longer proceed with the agreement to procure Sukhoi Su-35 ‘Flanker-E' multirole combat aircraft from Russian arms export agency Rosoboronexport.

In pursuit of this ambition, Indonesian MoD officials have been in negotiations with Dassault Aviation over offset and financing arrangements since February 2021.

The Indonesian Ministry of Defense (MoD) has moved ahead with a plan to procure Rafale multirole fig...