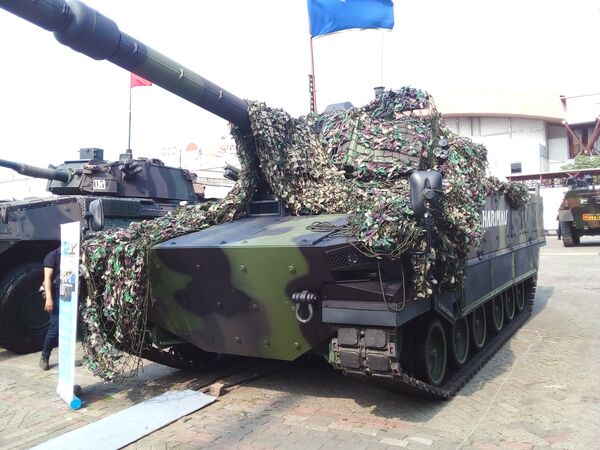 The Indonesian Army is set to receive its first serial production Kaplan MT ‘Harimau' modern medium weight tank as early as the end of 2022.

An agreement to develop two prototypes of the tank was signed between the Indonesian Ministry of Defense (MoD) and the Turkish Defence Industry Agency (SSB) in 2015.

Subsequently, a serial production contract for 18 Harimau tank units was signed between FNSS and PT Pindad in 2019 after the prototypes completed endurance and firing tests in Indonesia and Turkey.

Speaking to Janes at the Indo Defence 2022 exhibition in Jakarta, FNSS' corporate communications manager Cem Altınışık confirmed that 10 out of the 18 units were shipped from Turkey to Indonesia in March 2022 as part of the contract's first batch delivery.

These units were shipped over in a semi-finished state, and PT Pindad is working to complete these units at its facilities in Bandung, Altınışık said. These include installing each tank with a Cockerill Defence C3105 turret that incorporates Cockerill 105 high-pressure (HP) gun and a 7.62 mm co-axial machine gun.

The first of these units is scheduled to be delivered to the Indonesian Army by either the end of 2022 or early 2023, Altınışık added.