India's Ordnance Factory Board to be split into seven companies

The Indian Cabinet has approved a proposal to restructure the state-owned Ordnance Factory Board (OFB), a network of 41 defence factories, into seven corporate entities.

Indian Defence Minister Rajnath Singh said on 17 June that the approval was an “historic decision” that will support India's national security objectives as well as its efforts to achieve self-reliance in defence production. 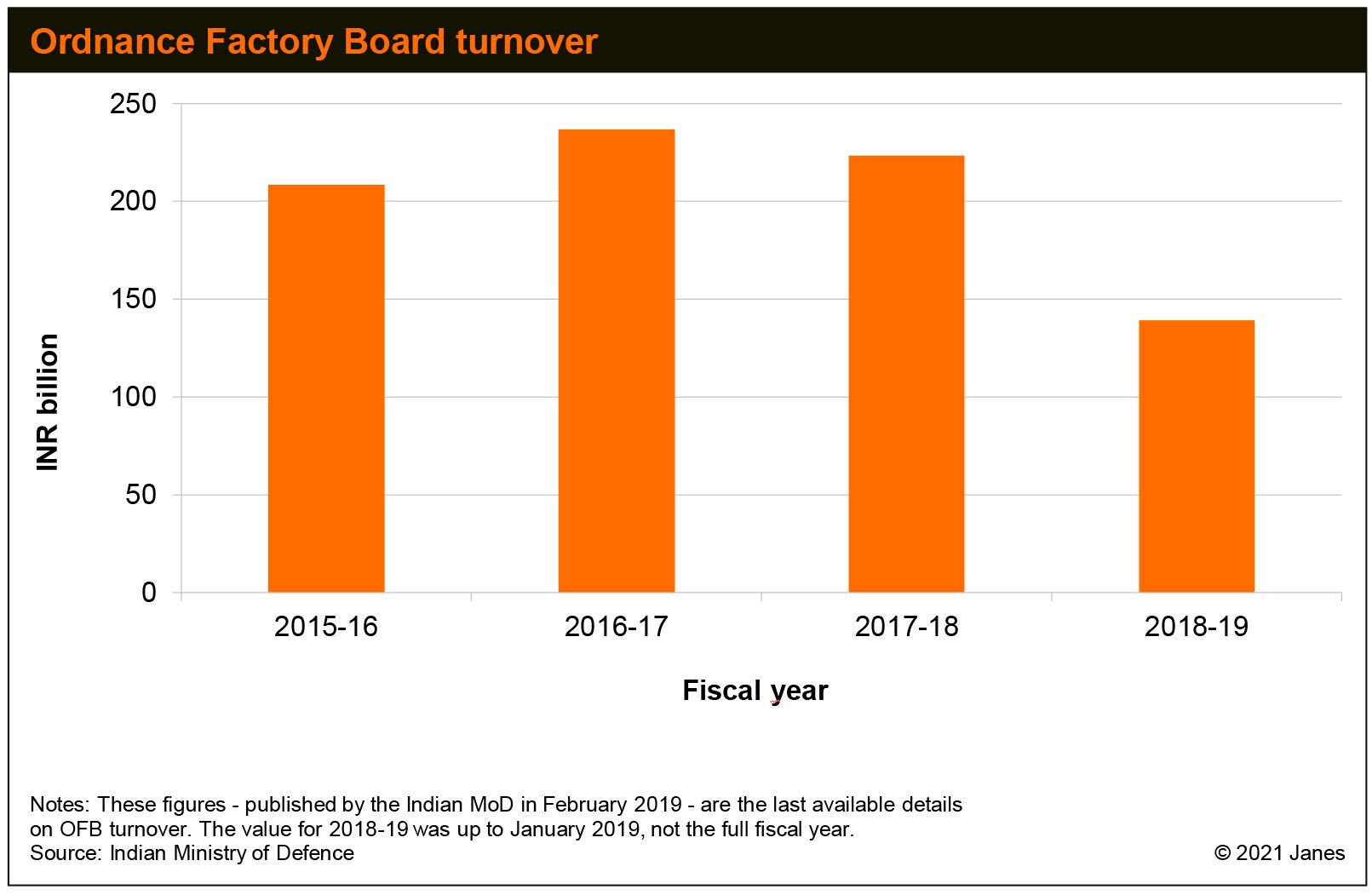 OFB turnover up until January 2019. (Indian Ministry of Defence)

Under the plan, the OFB factories will be split across seven state-owned companies, grouped into capability themes. These will comprise: ammunition and explosives; vehicles; weapons and equipment; troop comfort items (including uniforms and other apparel); opto-electronics; parachutes; and ancillary products.

The corporate entities are expected to be formed later this year. Each will be independently managed, with a target to increase productivity and competitiveness (including in export markets), and become profitable. Future stock market listings are also a possibility.

The OFB corporatisation plan had been under consideration for nearly two decades but was finally agreed to by the government in 2020. To support the restructure, the Ministry of Defence (MoD) set up a group of ministers – led by Singh – with a remit to draft a proposal to “convert the OFB into one or more than one 100%-government-owned corporate entities”.

However, the move has been met with fierce opposition by trade unions, who see the corporatisation of the OFB – India's oldest defence-industrial enterprise – as the first step towards job losses for its 82,000-strong workforce.

In recent years, the unions have held several strikes to protest against the move and now plan to meet again on 20 June to discuss additional work stoppages.

The Indian Cabinet has approved a proposal to restructure the state-owned Ordnance Factory Board (OF...