The Indian government's Press Information Bureau (PIB) said in a statement that some of the main systems of the 262.5 m-long vessel, including its propulsion plants as well as navigation and communication systems, will be “put to rigorous testing at sea” during this first round of trials. 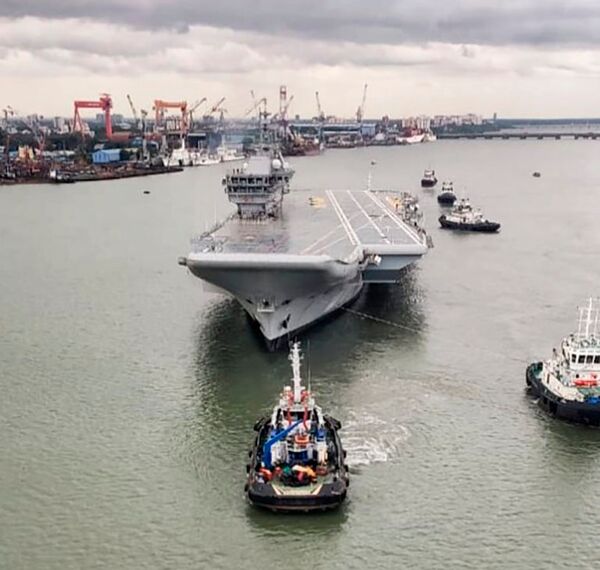 Also referred to as the Indigenous Aircraft Carrier (IAC)‐1, Vikrant, which was first launched by Cochin Shipyard Limited in August 2013 and completed harbour and basin trials in December 2020, is at least six years behind schedule.

The Ministry of Defence (MoD) in New Delhi announced on 25 June that the carrier is expected to enter service with the Indian Navy (IN) in the first half of 2022. However, the ship, which has an overall beam of 62 m and a standard displacement of 40,000 tonnes, is expected to be commissioned without its Aviation Facility Complex (AFC), which will be provided by Russia's Nevskoe Design Bureau (NDB) at a later stage to support a 40-odd complement of fixed- and rotary-wing aircraft.

The carrierhas a top speed of about 28 kt and a cruising speed of 18 kt with a standard range of about 7,500 n miles, according to the PIB.