The weapon, which was fired from the Arjun’s 120 mm rifled gun at one of the firing ranges belonging to the Armoured Corps Centre and School (ACCS) in Ahmednagar, western India, destroyed its intended target located at a distance of 3 km after locking onto it with its laser designator, the Indian government’s Press Information Bureau (PIB) said in a 23 September statement. 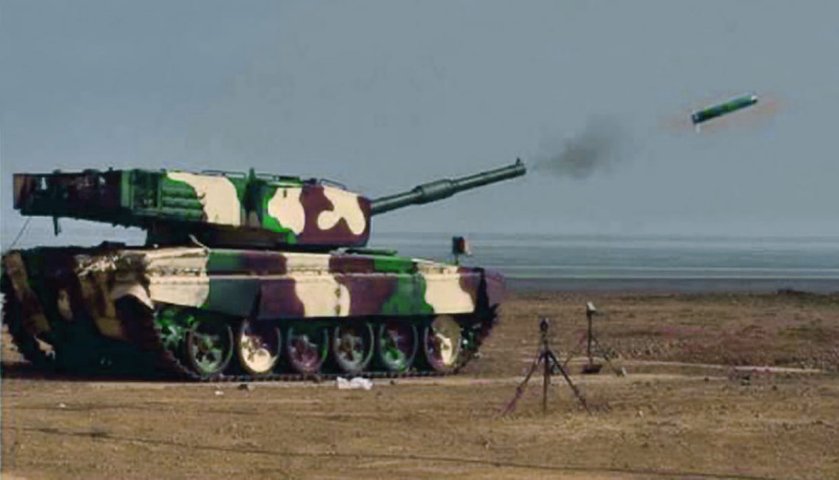 The PIB stated that the newly developed missile, which is currently undergoing technical evaluation trials, is armed with a tandem high-explosive anti-tank (HEAT) warhead that can penetrate armoured vehicles, including those fitted with explosive reactive armour (ERA).

It also noted that the missile has been developed for use with multiple Indian Army (IA) platforms, but provided no further details as to whether these platforms would be other tanks capable of firing the weapon from their main guns, or whether the platforms will be equipped with specifically designed launchers.