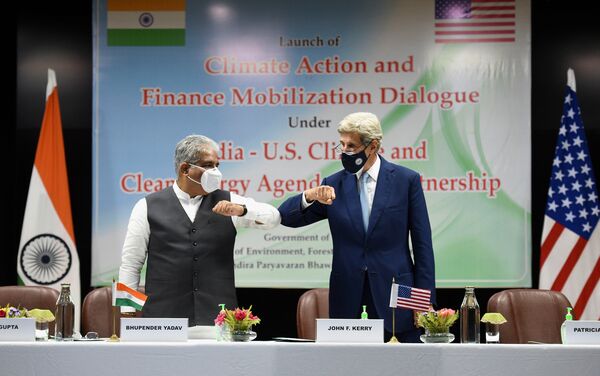 The Intergovernmental Panel on Climate Change (IPCC) Sixth Assessment report (AR6) on the physical science basis of climate change, released in August 2021, was referred to as “code red for humanity” by the United Nations Secretary General (UNSG), António Guterres. This sentiment is shared by a large section of the scientific and policy communities.

As the window of opportunity to restrict the global temperature rise to below 1.5°C (or even 2°C) closes rapidly, there are many uncertain, unpredictable, unavoidable, and potentially unmanageable threats that climate change could pose to international security. Indeed, the security implications of climate change are already manifesting in various forms, thereby attracting the attention of countries' most important national security institutions, namely their militaries.

Most militaries acknowledge the national security implications of climate change on their readiness, operations, and strategy. Increasingly, they are also coming under pressure to reduce greenhouse gas (GHG) emissions. Western militaries such as those of the United States and the United Kingdom may have a head start over their counterparts in the Global South in terms of integrating climate concerns into military strategy, yet the armed forces of developing countries such as India are also gradually ‘climatising' military strategy through different means.

According to the 2020 research article ‘‘Climatizing' military strategy? A case study of the Indian armed forces' by Dhanasree Jayaram, published in International Politics