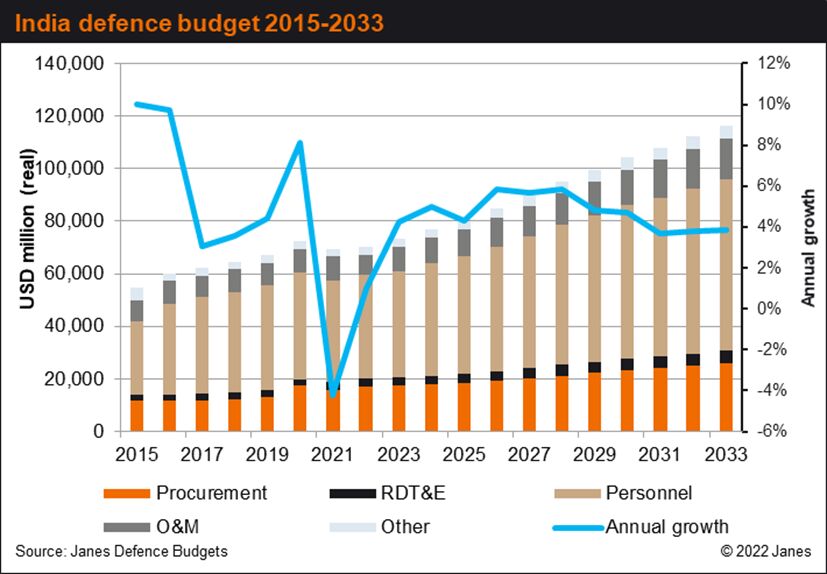 India's Ministry of Defence (MoD) has made additional amendments to its military procurement processes in line with government efforts to reduce the country's reliance on imports.

The changes – outlined in a notice issued by the MoD on 13 April – include a stated commitment to discontinue, in principle, all direct defence acquisitions from overseas manufacturers.

The notice provides an amendment to a subclause in the existing Defence Acquisition Procedure (DAP) 2020 entitled ‘Weapons/Platforms Banned for Import'.

The amendment says, “All stakeholders may take an in-principle call that there will be no import of defence equipment going forward.”

It adds that if domestic capability does not exist in a specific area, then imports can proceed. However, in such cases, the proposed procurement will require a “categorical exception” granted by the MoD's Defence Acquisition Council (DAC), headed by Defence Minister Rajnath Singh.

Adding further to the administrative burden associated with foreign procurement, the notice states that “any import of defence equipment, irrespective of value”, will require the “explicit approval of the DAC”.

It adds, “This will apply to all categories of procurement, including the fast-track procedure, and also for ‘buyer-nominated equipment'.” The latter refers to systems acquired by a main contractor for integration into a military platform.

In addition, similar requirements have been introduced for ‘emergency procurements' such as those executed to meet urgent operational requirements within the Indian Armed Forces.

The amendment to the DAP 2020 states that proposed emergency imports will also require approval from the DAC. However, in such cases, procurement from local sources can be expedited, it says.

India's Ministry of Defence (MoD) has made additional amendments to its military procurement process...