The DRDO said in a statement that the HSTDV was launched from the Abdul Kalam Launch Complex on Wheeler Island at 11:03 h local time aboard a “solid rocket motor” – an Agni I short-range ballistic missile – that took it to an altitude of 30 km. 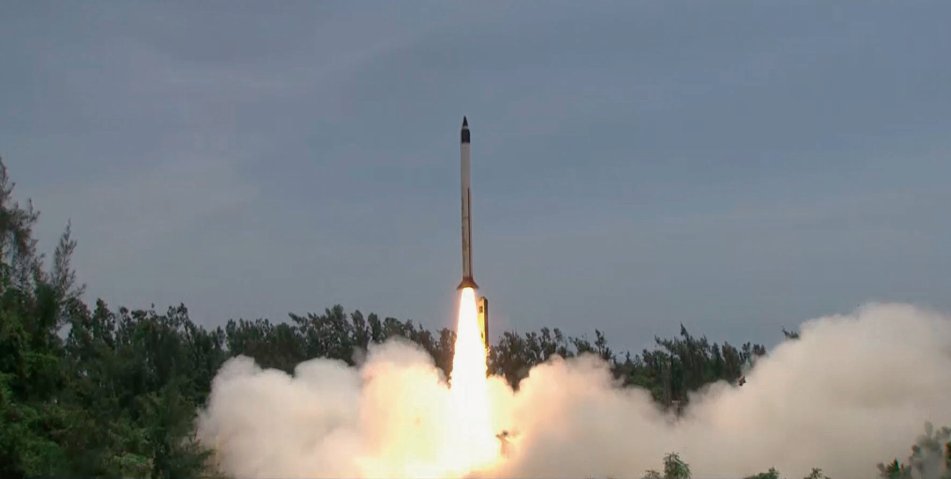 Taken to an altitude of 30 km using an Agni I short-range ballistic missile (seen here), the DRDO’s HSTDV was successfully flight-tested on 7 September. (DRDO)

Following separation from the carrier vehicle, the 5.6 m-long HSTDV, which weighs 1.1 tonnes and is powered by an indigenously developed air-breathing scramjet engine, continued on its intended flight path at a speed of Mach 6 for more than 20 seconds during which all performance parameters were met, according to the DRDO.

“With this successful demonstration many critical technologies such as the aerodynamic configuration for hypersonic manoeuvres, the use of the scramjet propulsion for ignition and sustained combustion at hypersonic flow, the thermo-structural characterisation of high temperature materials, as well as the separation mechanism at hypersonic velocities” were validated, noted the DRDO.

It also stated that “critical events” such as the fuel injection and auto-ignition of the scramjet “demonstrated technological maturity”, adding that the parameters for the launch and the cruise vehicles were monitored by multiple tracking radars, electro-optical systems, and telemetry stations. Ships deployed in the Bay of Bengal also supervised the HSTDV’s performance during the critical cruising phase.