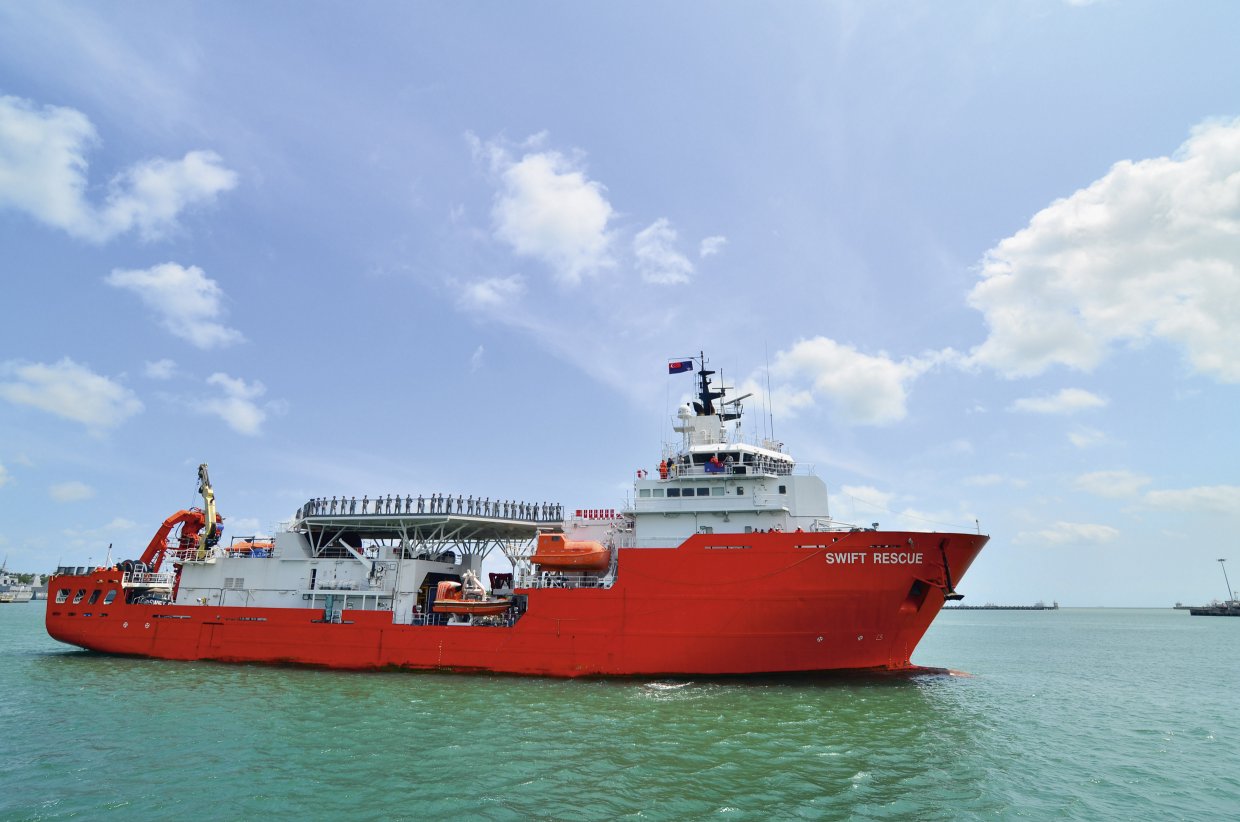 Swift Rescue the submarine rescue and intervention vessel operated by the Republic of Singapore Navy. (Singapore Ministry of Defence)

The agreement, which is known as the Submarine Rescue Support and Co-operation Implementing Arrangement, was signed at the fifth iteration of the India-Singapore defence minister’s dialogue that was held via video conference on 20 January.

“The submarine rescue support and co-operation implementing arrangement will allow both navies to extend submarine rescue assistance to each other as well as conduct bilateral rescue exercises and familiarisation visits to enhance interoperability and proficiency in submarine rescue operations”, said Singapore’s defence minister, Ng Eng Hen, in his remarks on the pact.

The RSN currently operates a fleet of two Archer-class and two Challenger-class diesel-electric submarines and is anticipating the delivery of four new Type 218SG boats from Germany. The service also operates the 84 m submarine rescue ship, Swift Rescue , which is capable of conducting intervention and hyperbaric rescue operations.

Meanwhile, the Indian Navy operates four submarine classes and one 70 m submarine rescue vessel, Nireekshak (15), which is equipped with a six-man recompression and can accommodate up to two deep-submergence rescue vehicles (DSRVs). In 2016 the Indian Navy signed a contract for two DSAR-650L DSRVs with JFD, and the first unit was delivered in 2018.

Besides the submarine rescue agreement, India and Singapore have also agreed to step up military co-operation, including in the areas of cyber defence and humanitarian assistance and disaster relief (HADR) operations.

The Indian Navy and the Republic Singapore Navy (RSN) have signed a bilateral submarine rescue agree...