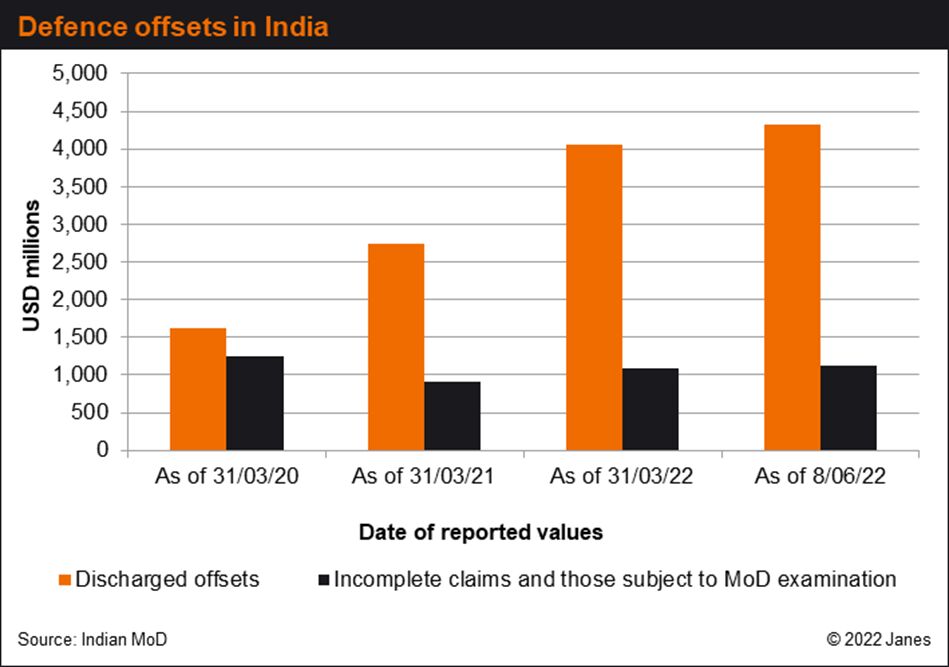 Statistics issued by the MoD in June 2022 differ from those disclosed by Bhatt. These statistics showed that offsets worth USD4.3 billion had been discharged as of 8 June. The statistics also show that offsets claims worth USD1.12 billion are either incomplete or are under examination by the MoD's Defence Offset Management Wing (DOMW).

The MoD statistics also show that the value of completed defence offset obligations has grown significantly in the past two years. According to the statistics, the value of discharged offsets in March 2020 was USD1.62 billion and by June 2022 this had grown by 166% to USD4.31 billion.

The MoD has not outlined the reasons for the increase. However, DOMW officials had previously confirmed to Janes

Foreign companies have implemented defence offsets in India worth USD6.83 billion in the past 15 yea...