The AMCA programme, which seeks to develop a replacement platform for the Indian Air Force’s (IAF’s) SEPECAT Jaguar and Dassault Mirage 2000 fighters, has been in design and early development phases for more than a decade, with the aim to start production at the end of 2020s. 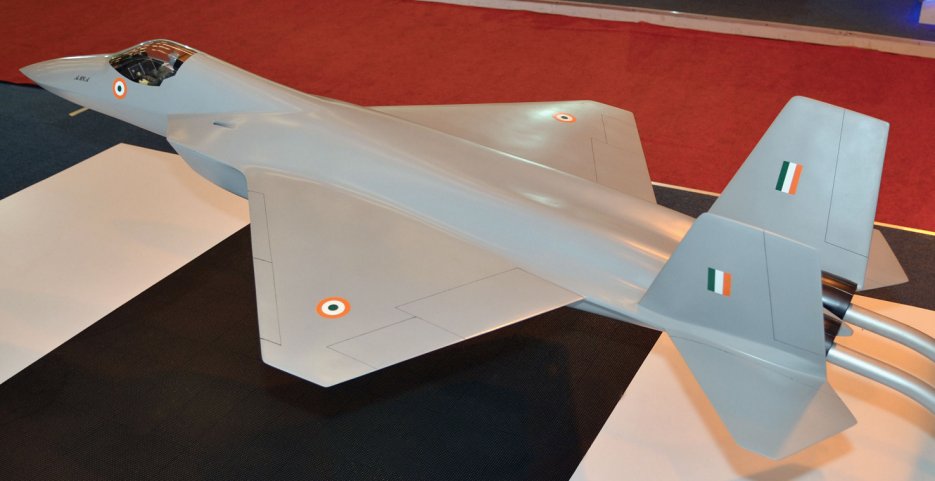 Hindustan Aeronautics is planning a partnership with a private-sector company to build India’s proposed Advance Medium Combat Aircraft (a model of which is pictured). (Janes/Patrick Allen)

The project to date has been led by HAL in partnership with the state-run Defence Research and Development Organization (DRDO).

However, HAL’s chairman and managing director, R Madhavan, said in comments reported in The Economic Times newspaper on 2 October that the next phase of the AMCA programme will integrate a private-sector firm through a JV. He added that the project would also look to position the private-sector partner as the majority shareholder in the new company.

“We will be forming a JV between the DRDO, HAL and a private party,” said Madhavan. “HAL will provide the infrastructure wherever possible so that the total capital cost is reduced for the private partner. Preferably, we want to keep our share below 50% so that it becomes a private entity.”

Madhavan added that the costs of the next phases of the AMCA project are being evaluated, with a view to assessing the required amount of investment in the JV. The selected private-sector partner might have to invest about up to INR30 billion (USD410 million) in the project, he said.

India’s state-owned Hindustan Aeronautics Limited (HAL) has confirmed a plan to develop and build In...